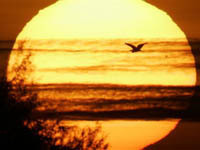 Modern global warming science began in 1979 with the publication of Charney et al in response to a request from a U.S. governmental office to create a study group for answering questions about global warming. Charney et al modeled atmospheric effects and drew the conclusion that the average earth temperature would increase by about 3°C upon doubling the amount of carbon dioxide in the air.

Charney et al did not have a known mechanism for global warming to base their modeling on. Their publication was total fakery stating deliberate absurdities, such as modeling "horizontal diffusive heat exchange," which doesn't exist.

In 1984 and 1988, Hansen et al did similar modeling but added a concept for heat produced by carbon dioxide, which they derived from assumed history. Over the previous century, a temperature increase of 0.6°C was assumed to have been caused by an increase in CO2 of 100 parts per million in the atmosphere. Their modeling then had the purpose of determining secondary effects, primarily caused by an assumed increase in water vapor. In other words, a primary effect was based upon the historical record, while secondary effects were modeled.

This is the approach taken to this day, while refinements are developed. There were major problems in using history for the primary effect. Firstly, the historical effect included secondary effects which could not be separated out, and no attempt was made to do so. This means the assumed primary effect included secondary effects. Secondly, there was no place for other effects in attributing the entire history to CO2.

Therefore, an attempt to determine the primary effect was made by Myhre et al in 1998 (4) by using radiative transfer equations. Those equations only show the rate of depletion of radiation as the concentration of a gas increases. They say nothing about heat. An impossibly complex analysis would be required to evaluate the resulting heat, but no such analysis was mentioned in the publication by Myhre et al. Even worse, Myhre et al added more atmospheric modeling in determining the primary effect including the effects of clouds.

These publications cannot be viewed as honest. They lack a consistent logic and fabricate conclusions with no scientific method at arriving at such conclusions. Furthermore, these publications are not science as the acquisition of evidence, since modeling is the projection of assumptions with no method of acquiring evidence. Modeling may be a tool for sociologists and politicians but has no place in science. Science attempts to verify through reproducible evidence, while modeling is nothing but an expression of opinions with no new evidence being acquired.

Even after Myhre et al supposedly determined the primary effect (said to be 5.35 times the natural log of final carbon dioxide concentration divided by prior concentration-a three component fudge factor) there was no known mechanism for carbon dioxide (or any greenhouse gas) creating global warming.

In 2001, three years after Myhre et al's publication, the IPCC described the mechanism this way: "Carbon dioxide absorbs infrared radiation in the middle of its 15 mm [sic] band to the extent that radiation in the middle of this band cannot escape unimpeded: this absorption is saturated. This, however, is not the case for the band's wings. It is because of these effects of partial saturation..."

Saturation means all available radiation gets used up. Heinz Hug stated in his publication that saturation occurs in 10 meters at the center of the absorption curve for the 15µm band. On the shoulders of the absorption curves are molecules which have stretched bonds causing them to absorb at slightly altered wavelength. It is supposedly these molecules which do the heating for greenhouse gases, because they do not use up all available radiation; and therefore, more of the gases absorbs more radiation.

Scientists said that 5% of the CO2 molecules were effective on the shoulders for creating global warming. This roughly means that radiation would travel 20 times farther before being absorbed. But 20 times 10 meters is only 200 meters. Air mixes in such a short distance, which means there is no temperature change. Absorbing radiation in 200 meters is no different than absorbing it in 10 meters. In other words, the 5% claim was nothing but a fake statement for rationalizing. The shamelessness and gall of making up this subject on whim and then claiming it is science is unprecedented. Real scientists are not that way.

Since this mechanism would not stand up to criticism, scientists changed their mind about the mechanism a few years ago and said the real mechanism occurs about 9 kilometers up in the atmosphere. (The normal atmosphere, troposphere, goes up about 17 km average.) Trivial rationalizations were used, mainly that the absorption bands get narrower at lower air pressure, so they don't overlap with water vapor.

There are two major problems with the analysis for 9 km up. One, there is not much space left for adding heat. And two, the temperature increase required for radiating the heat back down to the surface is at least 24°C up there for each 1°C increase near the surface-not accounting for oceans. Oceans will absorb the heat for centuries or millennia, which means 70% of the heat disappears during human influences. So the total would need to be 80°C at 9 km up to create the claimed 1°C near ground level. No temperature increase has been detected at 9 km up due to carbon dioxide.

Notice that the fakes didn't have a mechanism and didn't know where it was occurring 30 years after the first models were constructed in 1979 (said to be only off by 15%) and 10 years after the fudge factor was contrived for pinning down the primary effect, which the mechanism is supposed to represent. How could they get the primary effect (fudge factor) without knowing whether it was occurring at ground level or 9 km up?

Why do nonscientists assume it is self-evident that greenhouse gases create global warming, when scientists cannot describe a mechanism? Extreme over-simplification appears to be the reason. They assume that absorbing radiation is producing heat. Guess what. A jar of pickles absorbs radiation but it doesn't heat the kitchen. Total heat effects are complex, and they equilibrate.

What really happens is that the planet is cooled by radiation which goes around greenhouse gases, not through them. Cooling results in an equilibrium temperature which is independent of how heat gets into the atmosphere. It means greenhouse gases have no influence upon the temperature of the planet.

The amount of carbon dioxide in the atmosphere is so low that all biology is on the verge of becoming extinct due to a shortage of CO2 which is needed for photosynthesis. There was twenty times as much CO2 in the atmosphere when modern photosynthesis evolved. Oceans continuously absorb CO2 and convert it into calcium carbonate and limestone. The calcium never runs out, and the pH of the oceans never drops below 8.1 for this reason. It's the pH which calcium carbonate buffers at. If not, why hasn't four billion years been long enough to get there?