The foundation publications for modern global warming science meet no criteria for valid science. Methodologies are not given, measurements are not made and evidence is not described. Instead, preposterous fantasies on atmospheric studies are glibly mentioned with self-contradictory blather. The studies consist of nothing but a desired end point with fictitious methods of deriving the result. 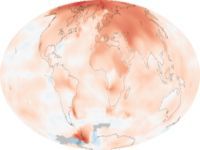 A publication by Charney et al, 1979, makes this statement:

"In response to a request from the Director of the Office of Science and Technology Policy, the President of the National Academy of Sciences convened a study group under the auspices of the Climate Research Board of the National Research council to assess the scientific basis for projection of possible future climatic changes resulting from man-made releases of carbon dioxide into the atmosphere. Specifically, our charge was

1. To identify the principal premises on which our current understanding of the question is based,
2. To assess quantitatively the adequacy and uncertainty of out knowledge of these factors and processes, and
3. To summarize in concise and objective terms our best present understanding of the carbon dioxide/climate issue for the benefit of policymakers.

The Study Group met at the NAS Summer Studies Center at Woods Hole, Massachusetts, on July 23-27, 1979, and additional consultations between various members of the group took place in subsequent weeks..."

The publication used modeling of atmospheric and oceanic effects to supposedly determine how much heating would result from doubling the amount of carbon dioxide within the atmosphere. They had no starting point for the amount of heat carbon dioxide should produce. Their conclusion was that global temperatures would increase by an estimated 3°C. They added, "Of course, we can never be sure that some badly estimated or totally overlooked effect may not vitiate our conclusions."

The procedure was described in section 4, titled "Models and Their Validity" as this:

"The independent studies of the CO2/climate problem that we have examined range from calculations with simple radiative-convective models to zonally and vertically averaged heat-balance models with horizontally diffusive heat exchange and snow-ice albedo feedbacks to full-fledged three-dimensional general circulation models (GCM's) involving most of the relevant physical processes. Our confidence in our conclusion that a doubling of CO2 will eventually result in significant temperature increases and other climate changes is based on the fact that the results of the radiative-convective and heat-balance model studies can be understood in purely physical terms and are verified by the more complex GCM's. The last give more information on geographical variations in heating, precipitation, and snow and ice cover, but they agree reasonably well with the simpler models on the magnitudes of the overall heating effects."

The claims are total fakery. Scientists do not have the slightest ability to convert the details, complexities and randomness of the atmosphere to measurement or calculation, which is why weathermen cannot predict more than a few days for simple elements such as temperature and precipitation.

The terms used are nothing but word salad. To claim the atmosphere has relevant "horizontally diffusive heat exchange" is shameless absurdity. Diffusion in the atmosphere or oceans is virtually nonexistent beyond conduction and convection. In large fluids, diffusion would cover no more than a few nanometers before convection renders it irrelevant. Why add "heat exchange?" There needs to be two mediums with an interface for heat exchange. If atmosphere and oceans were the interface, there is no "horizontally diffusive" element to it. Diffusion is a chemistry concept, not an energy concept. Heat moves through conduction, not diffusion.

Those of us who disagree are told that we are "flat earthers." Senator Barbara Boxer says she can look out the window and see it happening. Weathermen can only predict the weather for a few days into the future due to the extreme randomness of atmospheric effects which do not reduce to analysis. Yet climatologists determine the snow surface area and the amount of radiation it will reflect for at least the next hundred years.

An attempt to directly determine the primary effect by carbon dioxide was made in 1998 by Myhre et al. They used "radiative transfer equations" combined with more modeling. The result was a three component equation for the amount of heat produced by increases in carbon dioxide in the atmosphere (5.35 ln C/Co). It means the natural log of the ratio of CO2 end point divided by CO2 starting point. For doubling of CO2 in the atmosphere, it is 5.35 times natural log of 2, which is 3.7 watts per square meter. It's strange that the result is in terms of square meters, while it is applied to the atmosphere, which does not have a surface. They did this because all reference analysis of heat is in terms of watts per square meter. They didn't know how to do an analysis with mass (kilograms) or cubic meters. They were unconcerned about such details, because the entire subject was such a contrived muddle of fakery that correct concepts were not worth the trouble.

How could Myhre et al use modeling to determine the primary effect, while everyone else uses modeling to determine secondary effects due to feedback? Modeling the atmosphere will not tell the difference between primary and secondary effects-not the least reason being that it doesn't tell anything. But the three component equation of Myhre et al is now considered to be the unquestionable primary effect and starting point for analysis of global warming by carbon dioxide. Modeling now days only concerns the secondary effects of feedback, which are mostly attributed to water vapor.

There is nothing but modeling in global warming analysis, the simple reason being that the complexities and randomness of the atmosphere are totally out of reach of the science that can be applied. Only modeling is obscure enough to evade accountability to outsiders and provide any desired result without criticism.

The problem is, such a standard is not science. Science has a purpose, which is to put an end to error and falsehood through verifiable procedures. Muddled procedures only promote the charlatanism which science attempts to correct.