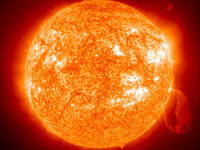 There is an unsolvable problem at the starting point of global warming claims. There is no mechanism for carbon dioxide creating global warming.

Even if greenhouse gases created some global warming, they long ago did all they can do. They absorbed all radiation available to them, so more of such gases cannot absorb more radiation. This effect is called saturation.

Carbon dioxide absorbs all infrared radiation available to it by the time radiation travels 10 meters from its point of origin. Doubling the amount of CO2 in the atmosphere can do nothing more than shorten the distance to 5 meters. Shortening the distance is not increasing the heat.

The first attempt by climatologists to rationalize saturation was to claim saturation does not occur on the shoulders of the absorption peaks, because few CO2 molecules have the unusual stretched bonds which absorb at those wavelengths. After numerous attempts to explain such a mechanism failed, the rationale shifted to the upper atmosphere, where saturation supposedly does not occur. Contradictions go from bad to worse in the upper atmosphere.

The most important fact about global warming is that the subject was contrived without a scientific mechanism being known. It means there was no scientific reason for contriving the subject. There still is no known mechanism, while everything on the subject continues to be contrived.

The near-earth explanation fails due to extremely thin CO2 concentrations on the shoulders of the absorption peaks. Shoulder molecules spread miniscule amounts of heat over long distances resulting in no significant temperature increase.

If 5% of CO2 molecules are assumed to have shoulder characteristics, they would be spread over 20 times as much distance as the other 95%.  Not only do they represent 1/20th the heat captured by CO2, but they produce 1/20th as much temperature change with each unit of heat, since they are spread through 20 times as much atmosphere. Multiplying 1/20 times 1/20 equals 1/400th as much temperature change as the other 95% of the CO2.

The total temperature increase resulting from doubling the amount of CO2 in the atmosphere is said to be 1°C. Does this mean shoulder molecules are doing this? If so, the other 95% must have increased the temperature by 400°C. How do climatologists resolve these contradictions? They don't. Which is why this subject is not science; it's religion and politics-religion because 97% of the scientists could not be wrong, and politics because energy systems are destroyed and economies are bankrupt imposing the fraud upon everyone.

Actually, this shoulder effect is pre-saturation logic. After saturation, no heat change exists for either the main 95% of the CO2 or the 5% on the shoulders. In both cases, the distance reduces to half as CO2 concentration doubles. Reducing the distance is not increasing the heat. Where then does 1°C temperature increase come from? It doesn't exist. But if it is created by shoulder molecules, then the other 95% has to increase by 400°C.

Shifting the explanation to high in the atmosphere creates additional absurdities. The first problem is that there is no way to get high enough in the atmosphere to get around saturation. Climatologists picked 9 km up as a means of staying within the troposphere. At that height, the atmospheric density is 30% of that at sea level. This means distances increase by a factor of 3.3 for absorption of radiation. Changing the distances is not increasing the heat.

The basis for 24°C is this: (Assuming a mass of air at 9 km height must heat an equal mass of air near the surface of the earth by radiating energy downward.) Since half of the radiation would go upward and half downward, the required temperature must be increased by a factor of 2. Since 30% of infrared radiation goes around greenhouse gases, the temperature must be increased by a factor of 3.3. Sometimes a range is given as 15-30% for radiation going around greenhouse gases. If it's 15%, the temperature increase high in the atmosphere must be 48°C rather than 24°C.

According to the Stefan-Boltzmann constant, matter at a temperature of -43°C emits 40% as much radiation as matter at near-surface temperatures. So the temperature increase at 9 km up must be divided by 0.40, or multiplied by 2.5.

Climatologists have crazy ways of getting rationalistic numbers, but they never produce the same ones twice, and the results never stand up to criticism. The usual error is ignoring major effects. Then they bury most of their math in models and do not allow other scientists to see what they are doing. The models are now in conflict with an absence of temperature increase over the past 15 years.