Animal welfare: Russia in the forefront

Pioneering initiatives in Russia are gaining the increased attention of animal rights groups working towards a more humane world in which cruelty towards animals disappears altogether, whether this be cruelty for fur, cruelty for meat or cruelty for laboratory testing. 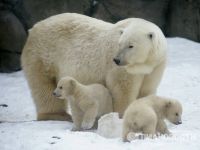 Among the initiatives which have called the attention and garnered the support of animal rights groups and defenders of humane treatment for animals is the adoption of non-animal testing for cosmetics by Russian scientists. The leading animal protection group Humane Society International (HSI) and the Institute for In Vitro Sciences (IIVS) recently collaborated, co-financing workshops for eleven Russian attendees in methods of non-animal test methods in laboratories.

Troy Seidle, Director of Toxicology and Research at HIS, highlights the approaches made by Russian scientists in his article "Cosmetics without Animal Testing, in Russia and beyond" and claims that the use of 3D human skin models and advanced computer simulations are not only available but fortunately on the increase across the world. These tests "are faster, cheaper, more relevant to humans" and "don't involve animal suffering", providing "a win-win situation that...companies, scientists, policy-makers and animal protectionists can embrace".

Troy Seidle continues: "Many consumers are unaware that animals still suffer for cosmetics testing. Rabbits and other animals have cosmetic chemical forced down their throat, dripped in their eyes and applied to their skin". Animal testing is banned in the European Union, but continues elsewhere and this campaign is one of HIS's Be Cruelty-Free project to create a world where animals are protected in a humane society which anyway has alternatives to animal-based testing.

Another initiative Russia has been involved in recently is the scheme to protect polar bears, backing the USA's proposal that the status of polar bears be increased to the maximum level at the next meeting of the Convention on International Trade in Endangered Species of Wild Fauna and Flora (CITES) in March 2013, effectively banning international polar bear trade. The European Union voted against this level of protection at the last CITES world conference in March 2010.

The initiatives by HIS, PETA and other organizations are a welcome sign that humanity does exist and that by working together, we can create a global society which respects and breathes common ethical values. I am proud to say that Russia is very much in the forefront of these initiatives.