The scientific case against atheism 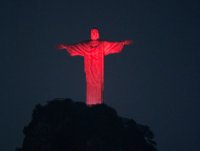 Science shows that the universe could not have sustained itself eternally because of the law of entropy (even in an open system). Even an oscillating (repeatedly contracting and expanding) universe would not be able to sustain itself eternally. Although, energy itself is not destroyed, over time the net useful energy in the universe is becoming irreversibly useless so that the universe, if left to itself, will end in total chaos, or what scientists refer to as a "heat death" because the temperature throughout the universe will be totally uniform and all energy will be useless for doing any work. The fact that the universe has not reached this point already is powerful evidence that the universe had a beginning and is not eternal, or otherwise it would have reached this point long ago and I wouldn't be writing this article and you wouldn't be reading it! Again, a closed or open system doesn't make a difference to the issue of entropy.

Einstein confirmed that space, matter, and time had a beginning! Space and time are as physical as matter. That's why space and time can be affected (changed) by gravity. Although, it has been confirmed that virtual particles (matter) can be produced by space. This is not evidence that matter can naturally arise from nothing because, again, space is not nothing. Einstein showed that space is physical. Space is something. It can be stretched and changed. This is not something we can comprehend, but Einstein's advanced mathematical physics shows it to be true.

Einstein, a far greater scientist than Hawking, Dawkins, and Hitchens will ever be, believed, because of science, in the existence of God behind the origin and order of the universe. Einstein didn't believe in a personal God like Christians do, but he did believe science pointed to the existence of an all powerful and intelligent Creator! Einstein, the greatest scientist since Isaac Newton (who also believed in God and was a devoted Christian), was no atheist! All of the founders of modern science were believers in God, including the Catholic monk, Gregor Mendel, the Father of the Science of Genetics!

The supernatural cannot be proved by science, but science does point to a supernatural intelligence for the origin and order of the universe.

Natural selection is no "blind watchmaker" because it can only "select," not produce. Natural selection only operates once there is life and reproduction, not before, so it couldn't have been involved in life's origins. A partially-evolved cell (an oxymoron) would quickly disintegrate. It couldn't wait ("survive") millions of years for chance to complete it and then make it alive!

Natural selection doesn't produce new genes. It's simply another term for "survival of the fittest." If a variation occurs that helps a species survive, then that species is going to survive (be "selected'). That's all that natural selection is! It's a passive process in nature.

Only evolution within "kinds" is genetically possible (i.e. varieties of dogs, cats, etc.), but not evolution across "kinds" (i.e. from worm to human). How were species living and reproducing if their reproductive system, vital tissues, organs, and structures hadn't evolved yet? Read my Pravda Internet article: War among evolutionists! I discuss: Punctuated Equilibrium, "Junk DNA," genetics, mutations, natural selection, fossils, genetic/biological similarities between species.

Natural selection would actually prevent macro-evolution. Imagine a fish with part fins, part feet with the fins evolving (transitioning) into feet. What survival benefit would there be? The fish couldn't use its fins or its feet, and there are no fossils showing such a creature ever existed. They only exist on automobile bumper stickers! There are no true transitional forms, either living or fossilized. Evolutionists realize this fact!

Some evolutionists use similarities of traits between species as an argument for transitional forms. This is not a good argument because the traits they cite are complete, fully-formed, and fully functional, not in any true process of transition from one type of structure into another. What about the duck-billed platypus? It has traits belonging to both birds and mammals, but even evolutionists wouldn't argue that it's a transitional link between birds and mammals because of that!

The fossils show that all species came into existence as complete, fully-formed, fully functional. That can only happen by creation.

Apes are quite comfortable in how they walk, just as humans are quite comfortable in how they walk. Even a slight change in the position of a muscle or bone, for either, would be excruciatingly painful and would not be an advantage for survival. There's no hard evidence that humans evolved from ape-like creatures anymore than there's hard evidence that apes evolved from four-legged dog-like creatures.

Not all evolutionists even agree on the fossils used to support and reconstruct human evolution. The bones are incomplete. There's no certainty of the bones belonging to the same creature. They can reconstruct whatever they want from these bones, and they have. There's no hard evidence that humans evolved from an ape-like creature anymore than there's hard evidence that apes evolved from a four-legged dog-like creature.

Are fossils really millions years old? This popular Internet article of mine examines assumptions concerning fossil deposition as well as built-in assumptions involved in modern radiometric dating (not used for dating fossils but other rocks), arguments from starlight and time. Discusses lack of transitional forms and lack of "age" sequence of the fossil layers. Discusses mixed species in fossils (i.e. dinosaur, reptile, mammal fossils in the same stratum conveniently ignored by evolutionists).

All real evolution ( i.e. varieties of dogs, cats, etc.) in nature is the expression, over time, of already existing genes. Evolution is possible only if there's information (genes) directing it. Only variations of already existing genes are possible, which means only limited evolution and adaptations are possible. Nature has no ability to invent new genes via random mutations caused by random environmental forces. That's evolutionary faith, not science.

Genetic information doesn't happen by chance, so it's more logical to believe that genetic similarities between all forms of life are due to a common Designer who designed similar functions for similar purposes. It doesn't mean all forms of life are biologically related! "Junk DNA" isn't junk. These non-coding segments of DNA have recently been found to be vital in regulating gene expression.

Do eyes carry scars of evolution? Read this fantastic Internet article by biologist and creationist Brian Thomas. Thomas refutes every argument of a "flawed" design for the eye, and explains how and why the so-called flaw is actually the best thing for the eye. Read the article! It's amazing what facts evolutionists will ignore. Numerous times evolutionists have been proven wrong about their interpretation of a structure as flawed or useless.

There is no real violation of church/state separation in teaching both because no one is being forced to believe in God's existence or any religion. Taxpayers on the both sides of the issue pay for public education. It is only fair that scientific arguments and evidence of both sides be presented, at the very least in public school textbooks. The issue is important because it affects people's lives, their values, philosophy, and worldview.

I am also author of the popular Internet articles: "Conservative  theologian no longer  believes  eternal torment"  and "Traditional doctrine of hell evolved from Greek roots."

The author, Babu G. Ranganathan, has his bachelor's degree with concentrations in theology and biology and has been recognized for his writings on religion and science in the 24th edition of Marquis "Who's Who In The East." The author's writings may be accessed at www.religionscience.com.