Pravda.Ru would like to express its respect and understanding to your charitable activities. We realize how important it is to strengthen democratic freedoms.

At the same time, Pravda.Ru as an independent publication has several questions regarding the activities of certain organizations, which your Fund assigns funds to for the development of the civil society in Russia. Separate organizations, which submit applications for grants and subsequently receive them, have a dishonest approach to their responsibility as they use the funds of charity to fulfill their own political goals and tasks as we think. As a result, the respectable activity of the funds aimed at the development of the civil society loses credibility in our country. Russian lawmakers are currently considering a draft law to restrict the funding of non-commercial organizations because of such unprincipled grant-takers.

It particularly goes about the Fund for Protection of Publicity (Glasnost Defence Foundation) chaired by Aleksei Simonov.

Pravda.Ru correspondents were denied accreditation for the press conference of the Yabloko political party during the election campaign to the Moscow City Duma. Moreover, the party leaders released several unsubstantiated statements that insulted journalists. It was officially explained that journalists were asking “disturbing questions.” It can obviously be categorized as an explicit violation of freedom of speech, which should not be an attribute of democratic society. 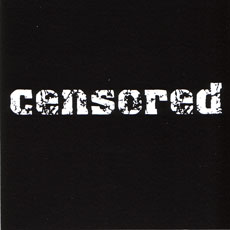 We of course addressed the request to the Fund for Protection of Publicity, the website of which says that it acts your grant-taker. The Fund, however, showed no reaction to our written letter that we sent out more than a month ago. The chairman of the Fund, Aleksei Simonov, stated that the message about the event, which could be referred to as scandalous in any democratic society, would not be published in the report about restrictions of freedom of speech and violation of journalists' rights. Mr. Simonov stated in a conversation with our correspondent that spokespeople for Yabloko were right in their statements.

The directors of the Kompromat.Ru journal told us that they had also addressed to the Fund when the print run of the journal was arrested before it was even published. The blatant incident occurred on the requirement from the retired KGB General, Mr. Kondaurov. The general used to chair KGB's notorious Fifth Department for Struggle against Dissidents. Aleksei Simonov, the chairman of the Fund, refused to take any measures too: the statement about the violation of freedom of speech was not issued at that time either.

A similar situation occurred with experts of the Fund when they were defending journalists' rights in the town of Kovrov, the Vladimir region. Reports from the Fund for Protection of Publicity said that commercial activities of Nikolai Frolov and Valery Zagursky convicted of bribery were presented as the persecution of “honest journalists.”

Furthermore, many experts noticed an evident political constituent in the matter with the Kovrovskiye Vesti newspaper. Someone wanted to discredit the town's administration with a goal to seize power in Kovrov and win people's support during the election of deputies and mayor of the town. At the same time, the newspapers Vladimirsky Krai and Kovrovskiye Vesti were supervised by the people from the National Bolshevik Party. This is a radical Russian organization, the ideology of which is based on Hitler's and Mussolini's doctrines. However, spokespeople for the Fund for Protection of Publicity, apparently being moved with their financial needs, were reporting about the persecution of many newspapers in the Vladimir region. According to the Fund, the newspapers fell victims to their own informational policies.

In addition, journalists pointed out on many occasions that spokespeople for the Fund were acting for the interests of political organizations and groups, whereas the issue of journalistic integrity was pushed into the background. The Fund for Protection of Publicity ignores blatant violations of freedom of speech.

The Fund monitors infringements of journalists' rights in Russia, provides juridical assistance to them in conflict situations and conducts various campaigns to defend those journalists, who suffer from oppression and persecution. It is obvious that the words do not match the actions at this point. It also brings up the idea that the Fund may use the grants from charitable organizations for different purposes.

We believe that the activity of such organizations as the Fund for the Protection of Publicity discredits the notion of charity for the development of civil institutions in Russia. They also discredit the organizations, which fund such activities.

We hope to receive an answer from you for this letter so that Pravda.Ru could present it to its readers. We would like to know if your fund continues to support such doubtful organizations. We believe that your opinion will be noticed in the currently actual discussion about the funding of non-commercial organizations in Russia.

Sincerely yours,
Vadim Gorshenin
Chairman of the Board of Directors of Pravda.Ru