Western assessment, advice, and true intentions regarding Russia and its neighbors

Russia's global influence declined considerably after the collapse of the USSR, but Russia remains a powerful state still

No wonder the Western research (intelligence) organizations watch closely the regions that can be of interest to the Western countries. Given a number of reasons, Russia and its neighbors lie within a special attention zone to numerous think tanks. Needless to say, part of an analytical product is classified though a considerable part of it is either free or for sale. Revealing some important information to us is probably not a priority for some studies that can be designed to make us reach certain conclusions and prompt us to take certain steps. However, a kind of clear and undoubted basis is a must for those who attempt to confuse their opponents persuasively. That is why the secondary aspects and side notes of open-access studies are more valuable at times than the main conclusions. 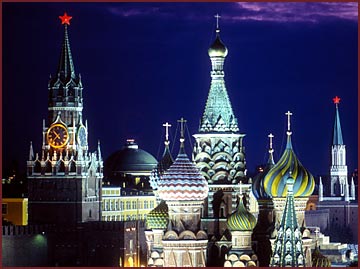 A new stage of Russian history?

Western political experts took note and made lots of comments on the last month's top personnel reshuffle carried out by President Putin. The era of an abrupt “castling” appears history and therefore the Western experts always suspect President Putin (as opposed to the former Russian president) of being reasonable and predictable in his actions. An opinion of a U.S. think tank STRATFOR (Strategic Forecast) is of special interest.

There are several reasons why the STRATFOR studies are particularly interesting to Russian political scientists. The center analysts are expeditious in their analysis of events. Expedition is, without doubt, an advantage though inaccuracy is the other side of expedition. In the past, numerous long-term forecasts went wide of reality, they failed to pass the test of time. On the other hand, STRATFOR has never been an overly politically correct organization, a rather advantageous circumstance. Being a nongovernmental research institution, the think tank refrains from using officially approved set phrases e.g. “universal values,” “the spreading of democracy,” “the freedom of speech”, “an independent media” etc. Instead, the think tank aims to dig out real reasons underlying the world developments and trends. The commercial organization would have failed to make money by selling analyses and forecasts if it had worked otherwise.

According to STRATFOR experts, the latest reshuffling of the Kremlin top personnel is of paramount importance. Experts believe that the appointment of Dmitry Medvedev and Sergei Ivanov to the positions of vice premier means a pivot in history of a post-Soviet Russia. Experts added “Realism in Russia,” a new thematic section, to the existent sections on Russia (Russia: after Ukraine; Changes in Russia which bring about important circumstances.”)

Before the “Russian Realism”

Bearing in mind that the period of realism has started in Russia, it would be interesting to take a look at the STRATFOR assessment of the last fifteen years of history of an “independent Russia.” Experts believe that Russia has completely lost its influence not only on the key regions of the world but also on its neighbors since the collapse of the Soviet Union. On the other hand, experts indicate that “Russia has been and still is a powerful state in many respects. It is capable enough of publicly declaring its point of view and having its own way.” So why did not things go that way before?

On the one hand, the so-called “unpractical reformers,” the architects of the catastrophic “shock therapy” of the 1990s are to blame, according to U.S. experts. They also put the blame on the pro-Western idealists e.g. Grigory Yavlinsky who claim that Russia should copy the Western democratic institutions in full.

STRATFOR also blames, and with reason, the Russian political elite of the past. According to American experts, “the Russian leaders have suffered from the delusions of grandeur stemming from an inferiority complex. In line with their logic, Russia should have been an influential power bestowed with a niche of “honor” at the world scene because of the suffering and ordeal Russia has been through in the past. However, other countries do not accept this approach which can be quite comfortable from the psychological point of view. At the same time, the approach is scarcely a constructive one in terms of skillful maneuvering that is essentialfor playinga large-scale and occasionally very dangerous geopolitical game.”

STRATFOR experts believe that “the time of irrational hopes and fears used as guidelines by the Russian political elite is over.” American experts are confident that the new Russian elite will build a new strategy on the basis of a pragmatic approach to foreign policy for the sake of national interests.

Sequel to the “Russian Realism”

On December 5th, STRATFOR published another analytical article concerning “realism in Russia.” The article is titled “The time of Russia has come.” Russian readers who tend to be optimistic may interpret the title as an implication of some “finest hour” Russia is about to enjoy.

But the optimists would get it wrong. “The United States is not trying to deter it like in the case of Venezuela or prevent it from turning into a super power like in the case of China. Nay, the United States aims to remove Russia from the international scene.” Thus the title either implies “time to die” or some steps to be taken by the States in order to tackle the Russian problem. On the other hand, the Americans have created lots of problems for themselves over the last few years. Therefore, they had to ease pressure on Moscow for awhile. As a result, the Kremlin has been given the opportunity to straighten things up following the period of political fiascoes.

According to STRATFOR, Russia may embrace a policy aiming to ensure security of its borders by expanding them or by enlarging a “security zone” around Russia. A numbers of factors should work out for the benefit of Russia's activity in this direction. First, “many politicians in all member states of the CIS are beginning to realize one simple truth: the Russian bear has awoken while the American eagle is too busy dealing with other problems. Therefore, the eagle can not protect them from the bear,” says the study. Second, assuming that Moscow is keen to ensure safety of its borders, Washington is involved in destabilization of the situation in areas nearby Russia's borders. “The U.S. policy of 'encouragement of revolutions' is no longer viewed as 'funny side notes.' It has become a deadly threat,” says STRATFOR.

Anatol Livin, in an article published by the Khaleej Times, points out to a certain peculiarity concerning coverage of numerous “color revolutions” by the Western media. The press, TV, and radio will watch closely the developments while the heat is on. A few months later, even earlier, the media will start to lose interest in the revolutionary goings-on.

Professor of Stanford University Michael McFall shares the above viewpoint. He is a political scientist, historian, and a self-proclaimed “specialist in revolutions.” When asked by Ukrainskaya Pravda about the general situation in Ukraine, Mr. McFall put it this way: “I am sorry for this kind of answer, but I will not comment on the situation in Ukraine.

I met with Condoleezza Rice last week. We did not discuss Ukraine in any way since the issue of Ukraine ceased to exist for President Bush following the orange revolution. They do not care for Ukraine any more. The U.S. ambassador to Ukraine is the one who cares. They have no time to care for Ukraine because Iraq is their top priority, the only priority.” They do appreciate the success of the orange revolution as an important symbol. Meanwhile they do nothing for Ukraine: “What is going to happen after the revolution? Well, they will sort it out themselves.”

In other words, the West regards Ukraine, Georgia, and other countries of the former Soviet Union in certain areas e.g. North Caucasus as a tool for toppling Russia or tearing it apart. The tool itself is of some concern to the Western strategists as long is it is considered handy and useful. Once it is broken down, another one will be found for replacement.