Russia intends to sell 29 Tor M-1 anti-missile systems capable of downing cruise missiles and air bombs to Iran, the Vedomosti newspaper wrote with reference to an anonymous manager of a defense enterprise. According to the newspaper, the contract on the matter has already been signed. 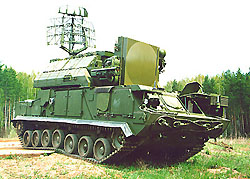 Tor is a solely defensive weapon, which intercepts cruise missiles. Journalists contacted the management of the Kupol (Dome) enterprise, which manufactures Tor anti-missile systems, although they failed to obtain a confirmation of the above-mentioned transaction.

A source from the air defense industry said that it goes about the sale of 29 Tor M-1 anti-missile complexes on the base of the Greek order. Greece purchased 21 systems and was intended to acquire 29 more. The country turned the order down at the end of the nineties. Experts evaluate the Iranian contact in the sum of $700 million.

Mikhail Barabanov, an editor with Export of Arms magazine, said that the contract to sell 29 Tor M-1 air defense systems to Iran became the largest transaction in Russia since 2000. In 2000, Russia pulled out from the secret agreement with the USA about restricted arms deliveries to Iran. The document was known as the Gore-Chernomyrdin Protocol. Moscow undertook not to strike any defense deals with Iran. In return, the USA promised to help Russia enter the international market of defense technologies. The promise was not kept, though. “When Russia pulled out from the secret agreement with the USA, we expected Iran to become Russia's largest importer after China and India. However, the weapons, which Iran purchased from Russia during the following five years, were evaluated in the sum of $300-400 million. To all appearance, the Iranian administration thought that Russia would not be able to run US-independent defense policy after the story with the Gore-Chernomyrdin Protocol,” Mikhail Barabanov said.

”The transaction is not supposed to raise concerns with the US administration. Tor systems are tactical weapons. The deal should therefore be perceived as a commercial operation first and foremost,” Vagif Guseinov, the Director of the Institute of Strategic Estimations and Analysis said. Iran needs to defend the atomic power plant in Bushehr, which is currently being built with Russia's participation. Israel may strike a preventive blow on Iran's nuclear object in Bushehr: Israeli officials have confirmed such a possibility on several occasions.

The history of Russia's military presence in Iran.

The Russian army successfully completed a military operation 90 years ago, which was included in WWI history as the Hamadan Operation. Iran used to be a semicolony of Russia and England back then. The two countries controlled Iranian oil industry, railways, the banking sphere, as well as communications and fishery. The city of Khamadan used to be the stronghold of the Russian colony in Iran. The leaders of the Iranian clergy were trying to attract Germany's attention to Iran, hoping to win this European country as the third force in the fight with Russians and English. The intrigues put Iran on the verge of the civil war; a pro-German party could come to power in the country.

The USSR deployed its troops in Iran soon after the start of WWII. The Soviet administration was supposedly trying to obtain the only land route for USSR's allies. Three Soviet armies entered Iran on 25 August 1941 at the time, when the USSR was defending itself from Nazi Germany's fierce attacks. There was no significant resistance shown against the Soviet troops, which let them occupy Tehran easily. When the USSR launched the war with Afghanistan, the Iranian clerical regime became a staunch ally of Afghan Mujahideens.