Russia to become strategic economic partner of the European Union

The leaders of Russia and the European Union sat down in London today to discuss most important political and economic issues. President Putin chairs the Russian delegation at the summit. Over 50 percent of the foreign trade turnover of Russia falls on EU countries: this fact has become the peculiar feature of the current summit, for such an accomplishment has been achieved for the first time in history. European leaders do not conceal that their economies depend on 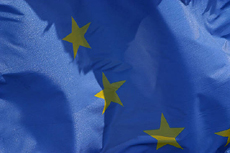 Russia's energy sources. It goes without saying, though, that the EU's economic stronghold is not afraid of such ties. Quite on the contrary, EU's old-timers are ready to develop and deepen reciprocal cooperation with Russia.

Prior to his arrival in London, President Putin made a stop in Brussels. European reporters mentioned in this respect that the European administration was emphasizing EU's and Russia's common views on many political and economic questions. They believe that such cooperation is based on EU's demand on energy carriers and Russia's adequate supplies. Indeed, Russia extracts and delivers almost 50 percent of gas and almost one-third of natural gas that EU consumes. In addition, experts of the International Energy Agency say that Europe's demand in natural gas may increase by 50 percent during the forthcoming 15 years. EU's members will be able to meet the demand with the help of Russia's gas reserves only. That is why the question of fuel deliveries has become the most important issue on the agenda of the current Russia-EU summit in London.

The problems of commercial development and environmental protection have been thus moved into the background unless the questions are connected with discussing new channels of energy carriers shipments to Europe. Poland and Baltic states try to make an innuendo of a certain ecological damage and Kremlin's “treacherous intentions” connected with the construction of a gas pipeline along the bottom of the Baltic Sea between Russia and Germany. Germany, which enjoys the strongest economy among all EU members, will play the leading role to supervise fuel deliveries to the entire Western Europe at this point.

It was Germany that accelerated the making of a political decision about the construction of a new pipeline and offered a considerable funding for the construction. In addition, Western companies decided to participate in new projects of Russia's giant Gazprom, whereas the Russian government approved such an approach. The EU will thus be relieved of the shortage of energy carriers and hold-up of their deliveries, and Russia will share serious risks of new projects with Western partners.

One may infer that Russia and leading EU states are nearing a new stage of economic links, which can be compared to profound stable relations between strategic partners. British Prime Minister Tony Blair and the French administration share such an approach to developing economic cooperation with Russia, which faces brightest economic perspectives with the whole of the European Union.