President Putin is leaving to Belgium today with an official visit. The meeting, which Putin is to have at the airport of Brussels is said to become an unprecedented undertaking in diplomatic practice, Russia's ambassador to Belgium, Vadim Lukov said. According to the ambassador, the King of Belgium, Albert II, the Belgian Prime Minister Guy Verhofstadt, three vice premiers, several ministers and the leaders of the two houses of the country's parliament are expected to see the Russian president in at the airport. 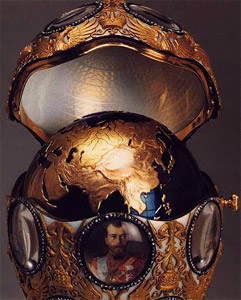 As for Putin's upcoming talks with the Belgian prime minister, Mr. Lukov said that there was a number of questions on the agenda against the background of current Russian-Belgian relations. The most important one of them, in ambassador's opinion, is the qualitative improvement of economic cooperation between the two states. “There was a perfect political ground created for it, which the sides aim to extend in the economic field as well,” the ambassador said.

The ambassador added that Putin would touch upon the question of energy cooperation with Belgium. “The Belgian administration has been taking measures to raise the energy security of the nation and diversify its sources of natural gas to provide stable prices on this type of fuel,” Lukov said. Russia could become a fundamentally new partner for Belgium at this point, taking into consideration the fact that Russia has been delivering natural gas to Great Britain via the territory of Belgium since the end of 2004. Vadim Lukov believes that it is now possible to give Russia an opportunity to enter the market of Belgium directly. “I do not exclude that the governments of the two countries and certain economic structures would be interested to discuss the question of the use of the North-European gas pipeline, which would become the absolute solution on the matter,” the Russian ambassador to Belgium said.

As for international and political affairs are concerned, the leaders of Russia and Belgium will discuss the perspectives of Russia-EU links after 2007, when the adequate partnership agreement between Russia and the European Union expires. “The standpoint of Belgium as one of the founders of European communities and one of the active participants of the evolution of communities into the European Union is extremely important for Russia,” the ambassador said. “We are especially interested in the dialogue pertaining to the OSCE issue, which Belgium is set to chair in 2006,” Lukov added.

Brushing political and economic subjects of Putin's visit to Belgium aside, one may say that the central event of the Russian president's visit to Belgium will be connected with the opening of the Europalia-Russia festival at the Fine Arts Palace in Brussels.

Russia will represent nearly the entire range of its national treasures at the largest cultural festival – from Tchaikovsky's Swan Lake to Faberge eggs. “The Belgian side asked for a vast number of Russian masterpieces and national symbols for the

festival,” a source from the Kremlin administration said. “We agreed on many points, although there are certain ritual values, priceless cultural possessions, which would not be good to take out of Russia and display somewhere abroad. “They asked for Monomakh's Cap (fur-trimmed and jewel-encrusted headdress topped with a cross, worn by Russian tsars) and one of tsarist thrones. We had to prove it to our colleagues in Belgium that those items could not to be taken out of Russian museums,” the source said.

Europeans, however, will have a perfect opportunity to enjoy the unique art of Russian jewelry of the 19th century, which will be displayed at the Faberge show in Brussels. There will be about 200 precious items presented to the public eye there. Other exhibitions will unveil world-known masterpieces from unique collections of the Moscow Kremlin, the State Historical Museum and the Hermitage.

The museum exposition will be added with special performances from the Bolshoi Theatre of Russia and the State Symphony Orchestra. The program of the festival, which will last for about six months, comprises the total of 250 events including 20 exhibitions and music performances. The festival will take place under the patronage of Russian President Vladimir Putin and King of Belgium Albert II, RIA Novosti says.