Existing legislation does not have even a definition of such a notion as “results of space activities”. The legislators are to take into consideration such points as development of national standards and technical rules as well as issues of the private-state partnership. Meanwhile the head of the Federal Space Agency (Roscosmos) Anatoly Perminov declared that by 2010 Russia will create 14 large integrated structures in the space sector. 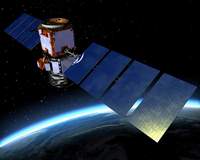 One of the priorities is bringing the results of the space activities to the consumer. Among other plans Perminov mentioned modernization of the research and production infrastructure, diversification of the technologies, marketing hi-tech products. According to the plans of the development of the orbit grouping by 2015 there will be 26 satellites of fixed communication and broadcasting. That will mean three times higher data traffic. The top priority is GLONASS. The market study of the navigating services is under way. In the near future two additional meteorological complexes will be created. In this field Russia has “far - reaching plans ”.

A big number of Russian companies had to use foreign satellite services. Today the situation is drastically changing. Russian satellites render services not only for Russia, but also for the foreign companies. Today full fledged nation wide communication infrastructure requires nine communication satellites (this is to be achieved in the nearest future). However, it is necessary to think of replacing the satellites today, because the lifetime of "Express" is five years. In 2010-2015 Roscosmos plans launching three new generation satellites "Express-АМ4" and two TV satellites to replace the older models.

Noteworthy, Russia proves its openness for the cooperation in space. In the last days of March a remarkable contract between the Research Institute Iosifyana (VNIIEM) and the British SSTL (Surrey Satellite Technology Ltd) was signed. The parties agreed on joint creation of the perspective earth probing satellite KANOPUS-B. This will be the basis for creating the series of D33 satellites KANOPUS LEO (Low Earth Orbit). According to the contract the British will deliver the equipment to VNIIEM. SSTL also undertook to support the work of the divisions of the Russian institute on making certain space hardware. The contract is evaluated at several millions pounds sterling.

Earlier Roscosmos revealed plans to unite the largest space companies of Russia by 2015. By that time 3 or 4 holdings are to be form the national space industry. Until 2010 Roscosmos will focus on implementing the Federal Space Program aimed at creating within this period 8-10 large integrated structures, which will be later re-organized into the above mentioned holdings. It will encompass all largest companies of the Russian space industry. At the first stage two leaders, RKK Energiya and Chrunichev Center are likely to remain independent, they will just take over some smaller companies.