The Russian Ministry for Foreign Affairs has set the date to welcome the official delegation of Palestinian radical group Hamas in Moscow. The precise date for Hamas delegates to visit Russia has not been exposed yet, although it has been reported that the visit will take place in the beginning of March. Khaled Mashaal, the political leader of the movement, will most likely head the delegation. 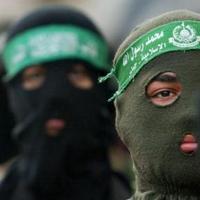 Yuri Baluyevsky, Russia's Chief of General Staff, stated that Russia would make a decision on arms deliveries to the Palestinian Authority after the talks with Hamas. It was previously believed that Russia would deliver two Mi-17 helicopters and 50 armoured vehicles to Palestine.

The preparations of Hamas’ official visit to Moscow are taking place against the background of the USA 's and Israel ’s decision to stop the financial assistance to Palestine. The House of Representatives of the US Congress passed a resolution according to which the financial assistance to the Palestinian Authority would be stopped if Hamas refused to recognize the State of Israel. The document is only a recommendation. However, if US President Bush signs the paper, Palestine will be deprived of considerable funds: the country received the total of $250 million in 2005 from the USA. A similar amount of money was supposed to be wired to Palestine in 2006.

Israel has also taken adequate measures, which will deprive the Palestinian budget of additional $50 million on a monthly basis.

A member of the Israeli Institute for Anti-Terrorist Struggle, Moshe Marzuk said in an interview with the Vremya Novostei newspaper that the absence of US dollars would not affect the Palestinians’ lives. “There is also an indirect assistance, which Palestine receives from humanitarian organizations of the United Nations. No one is going to take this money away from the Palestinians,” the official said.

The Palestinian Authority will obviously experience severe problems without the financial support of the West. Palestinian journalist Sausan Kaud, who lives in the West Bank of Jordan, told Vremya Novostei that Hamas was popular among the Palestinians because the movement had not been involved in any corruption scandals. The journalist added that the popularity is also based on the movement’s social policies. Hamas receives considerable funds from Syria and other Arab countries. A part of the funds is spent to maintain the lives of common Palestinians.

Palestine has lost the USA's support before an important session of the Palestinian parliament. The new deputies will have to elect their speaker and appoint the prime minister of the Authority. Abdel al-Aziz Dauik, one of Hamas leaders in the West Bank of Jordan, is expected to chair the parliament. Ismail Khania, a moderate and pragmatic politician of Hamas, is said to become the prime minister of the country.

“If the Palestinian society is important to Hamas, the movement will organize a coalition with Fatah to form the government together,” Moshe Marzuk thinks. Fatah believes that Israel and Palestine must coexist in the Middle East .

About 40 new Palestinian deputies have officially been declared terrorists in Israel. All of them are Hamas members, the majority of them reside in the Gaza Strip. The parliament will seat in the town of Ramallah on the West Bank of Jordan. The deputies will have to cross the Israeli-Palestinian border on their way to Ramallah. It is not ruled out that the deputies will experience certain problems during the process.