The results of gubernatorial elections in Russia's Primorsky region (Far East) have been canceled. However the situation remains too vague to hope for its coming resolution. 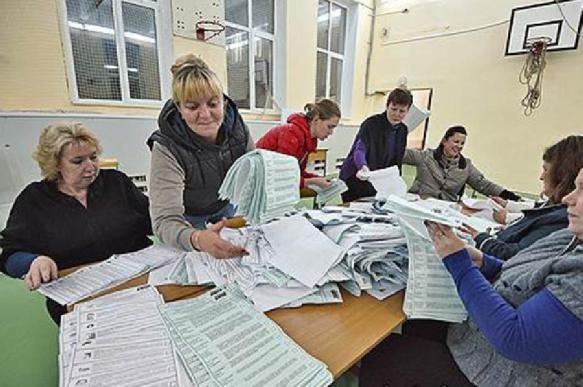 The head of the Central Election Commission, Ella Pamfilova, said on Wednesday that the results of the gubernatorial election of the Primorsky region are to be abolished. According to the law, it is up to the regional election commission to make the decision. If the regional commission does not cancel the results of the vote, the Central Election Commission will do it instead, Pamfilova said. New elections will take place in three months, she added.

For some reason, though, both regional Governor Andrei Tarasenko and Communist Party candidate Andrei Ischenko decided that this would be a third round of elections for them. The Russian legislation does not envisage such an option, though.

At the same time, a rumor started saying that Tarasenko was stepping down as acting governor. Putin's spokesman stated that the rumour was not true because acting governor can be appointed by president's decree.

Communist Party candidate Andrey Ischenko said that it was absurd to abolish the elections because he had won the vote. According to the information from the election committee of the Primorsky region and the CEC, Tarasenko came only 1.5 percent ahead of Ishchenko. Communists say that the margin of 1.5 percent was made possible as a result of falsifications, which automatically makes  Ishchenko the winner.

The communist candidate said that he was ready to participate in the new elections. For the time being, it remains unknown whether it goes about a new election and new candidates, or a third round that would come contrary to the Russian legislation. The regional election commission will make an announcement on September 20.