The second round of gubernatorial elections in Russia's Primorsky Krai (the Far East) will go down in history of Russia's political life. During the elections of the governor of the Primorsky region, one of the candidates was winning the vote by a significant margin. All of a sudden, it turned out that the winner of the race has lost the election. 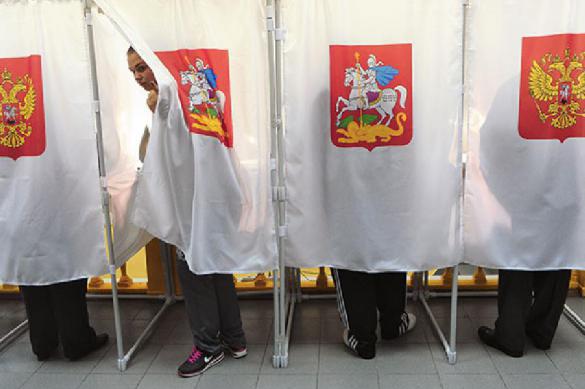 The advantage of Communist candidate Andrei Ishchenko over acting governor Andrei Tarasenko was not striking, but it was larger than the number of uncounted ballots. In other words, if all the uncounted ballots had been added to Tarasenko's favor, Ishchenko would have still remained the winner.

However, the announcement from the Central Electoral Commission made after counting 99.03% of the ballots said that acting governor Andrei Tarasenko won the election having left his rival only 0.5 percent behind.

The head of the CEC, Ella Pamfilova, stated in the morning that her department would not rush to finalise the results of the elections in Primorsky Krai. If any violation are found, the results of the second round of the vote are likely to be canceled, she said, urging the supporters of the two candidates to file complaints.

The candidates themselves accuse each other of fraud and falsificationы. For example, representatives of regional authorities claim that the team of communist candidate Andrei Ishchenko  delayed the entry of disadvantageous ballots into the electronic GAS "Vybory" system to overblow  a scandal afterwards. Ischenko's supporters claim that his opponent was "given" several tens of thousands of votes.

At first, Andrei Ishchenko called to put up tents and threatened to go on a hunger strike. He changed his mind later after he talked to Gennady Zyuganov, the leader of the Russian Communist Party.  Instead, Ishchenko invited his supporters to come to the building of the administration of the Primorsky region every day at 6:00 p.m. and stay there till late at night.

LDPR leader Vladimir Zhirinovsky suggested his own solution to the problem. "Gubernatorial  elections in Russia are absolutely unnecessary and nerve-racking. There is no real competition, because candidates of one and the same party take all posts anyway. It is the president who should directly appoint the governors, because they represent the executive power. However, the head of state can appoint representatives of different parties as governors. If a representative of the pro-government party fails, he then appoints a representative of the parliamentary opposition. This would preserve governance and let the steam out," Zhirinovsky wrote on his social media page.

Gubernatorial elections will be held in Russia in Khakassia, Khabarovsk and Vladimir regions on September 23. One can hardly imagine a situation that can eclipse the one in the Primorsky region.