Russian government cares too much about its citizens. Way too much

On July 24, the State Duma gave the third and final reading to the law on increasing the value added tax by two percent from 18 to 20 percent. 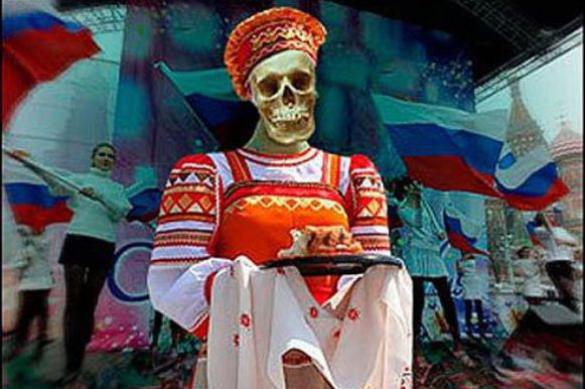 The government and the parliament, developing and adopting this law, proceeded from the assumption that a higher VAT would bring additional 600 billion rubles in revenues to the budget.

However, the reaction to this law, as well as to the notorious bill on raising the retirement age, has been ambiguous, to put it mildly. Some MPs remain opposed to the law saying that it would strike a serious blow on people's well-being and trigger a rise in prices on everything.

Valentin Shurchanov, a member of the Communist Party faction in the Russian Parliament, stated that the VAT law was "harmful." "We have budget reserves of nearly five trillion rubles. Yet, we want to collect 630 billion for the economy from people next year, even though we only keep those five trillion rubles in a quiet place," the MP said.

Expert and economist Mikhail Khazin was more expressive in his remarks: "I think that raising taxes during an economic downturn is an idiotic initiative. They raised VAT by two percentage points from 18 percent, which in fact means a VAT increase by 11 percentage points. The VAT increase will have a negative effect on people's lives, because economic activity will decrease, prices will rise, and the number of jobs will decrease too."

Mikhail Khazin also said that the government did not understand how to implement social initiatives in Putin's program: "Vladimir Putin set the goal to develop social policy, but the government believes that they do not have money for that. As they say, one needs to milk the cow more and feed her less to make her give more milk and eat less," the expert said.

For common people, a VAT of 20 percent will entail an increase in prices on everything by approximately five percent. The rate of real inflation will accelerate too. People will have to spend less so that the government receives additional trillions of rubles in the budget. Many social networkers in Russia want to "thank" members of the United Russia faction, who make the majority in the Russian Parliament, for unanimously approving the laws that make people's lives worse. The law will come into force from January 1, 2019. It is believed that the law will send prices on absolutely all consumer goods up by at least eleven percent.

In 2019, Russia is to experience a reduction in GDP and investment, as well as lower consumption levels. These indicators are expected to drop by 0.4-0.6 percentage points. In general, Russian citizens do not have to expect anything positive from their government in the foreseeable future. Many paid attention to the fact that MPs approved the law to raise the value added tax very quickly, as if they were in a great hurry. Usually, it takes the parliament a longer time to adopt laws.

Business analysts also predict a sharp rise in prices on all goods. To compensate for decreased margins, manufacturers will most likely opt to include their costs in the final price. Higher prices will entail a moderate reduction in demand on the market. If each counterparty includes their costs in prices for their services, then prices may rise by 15-20 percent. The tax burden will also affect the construction sector, the automotive industry and mechanical engineering giving import goods a head start.

It turns out that Putin's import substitution and efforts to support domestic producers turn out to be a proper mess.