President Vladimir Putin considers an attempt to restore relations between Russia and the West, but his maneuver is limited to one man only - Alexey Kudrin, The Financial Times believes. 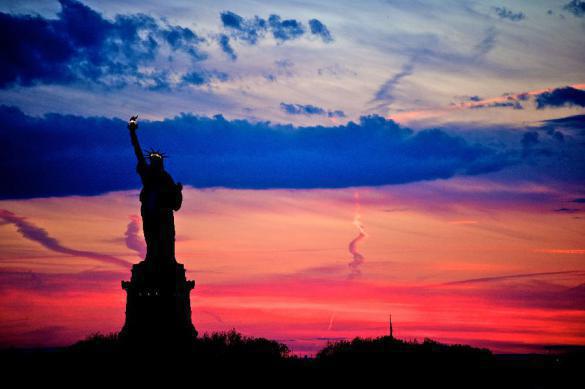 An article in the authoritative newspaper about the upcoming reshuffling in the upper echelons of the Russian authorities after Putin's inauguration says that Putin considers appointing ex-Finance Minister Alexei Kudrin to an important position to make him responsible for the economic strategy and efforts to establish contacts with Europe and the United States.

Western leaders would see such an appointment as a sign of Russia's desire for compromise, although it remains unknown when Mr. Kudrin managed to become a symbol of this desire, let alone the assumption that Putin was considering such an option. References to "an unnamed official of the Russian government" and "a former official from the Cabinet" are not very convincing.

However, the article gives the name of one expert - economist Yevgeny Gontmakher. "If Kudrin joined the administration or government, it would indicate that they have agreed on a certain agenda of change, including in foreign policy, because without change in foreign policy, reforms are simply impossible in Russia," he said, the newspaper wrote, adding that "it would be a powerful message, because Kudrin is the only one in the top echelons with whom they will talk in the west and towards whom there is a certain trust."

Why is Kudrin the only one? Why is there "a certain trust" to him in the West? There are no answers to these two questions either. It is worthy of note that Mr. Gontmakher is a member of the Kudrin Committee of Civil Initiatives. During the recent election campaign, he was a confidant of presidential candidate Grigory Yavlinsky, whose electoral program was built around the need to come to terms with the West as soon as possible.

It is an open secret that Mr. Kudrin, who was dismissed from the post of the Finance Minister in 2011, is still a part of the Kremlin. He participates in the development of economic programs. In 2012 and 2015 he was offered to head a relevant department at the presidential administration, but it did not go any further. Of course, it never occurred to anyone to assume that Mr. Kudrin was perhaps the last chance for Russia to restore relations with the West.

Judging by the article in The Financial Times, the idea is about the effectiveness of Western sanctions, which began to influence both the domestic political situation in Russia and personnel decisions. Mr. Kudrin believes that it is impossible for Russia to adapt to them now.

In general, the motives behind the hypothetical appointment of Mr. Kudrin seem very doubtful, just like the sources that substantiate such a development.

Russia turns away from the West, to China
19:02
Mobilised citizens to control and defend new Russian territories
15:49
Senator Valentina Matviyenko: Let the whole world wait till October 4
15:06
New Russian territories to require new Russian Constitution
14:36
Russia pays attention to Poland's 'Thank you, USA' remark after Nord Stream accidents
14:22
US Embassy in Moscow urges Americans to leave Russia immediately
18:52
US helicopters fly above the sites of Nord Stream accidents
16:54
Referenda in Luhansk, Donetsk, Kherson and Zaporizhzhia regions completed
16:37
Anti-terrorist operation will give the upper hand to the Russian Army
15:03
Kremlin: Russia still ready for talks with Ukraine, but conditions have changed
13:30
Russian and Chinese warships spotted off the coast of Alaska
Opinion
USA can still crush Russia, but it can also save the world from chaos