Russia’s Finance Minister Aleksei Kudrin delivered his traditional annual speech at the Higher School of Economics in Moscow last week, in which he highlighted his vision of the pressing needs for Russia’s economy. We make a synthesis of these and add the opinion of another economic expert. 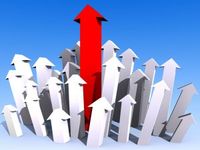 Aleksei Kudrin rightly summarised the first decade of the new millennium as one of economic growth, pointing out that between 2000 and 2010 the real income of the average Russian increased by 160% while salaries rose 230%, GDP shot up by 68%, industrial output saw an upturn of 47%. Nevertheless for Kudrin these were welcome signals but without being signs that the fundamentals were being laid as foundations for future development.

For this Kudrin wants to create a stable micro economy and for this he targets the following vectors: a controlled inflation rate, a reduction in State expenses (by a fifth until 2015), an implementation of mechanisms which foster competition, the generation of cheap long money, an increased efficiency of budget expenditure and the implementation of modernization.

Aleksei Kudrin took as examples other European countries to highlight the great deal that needs to be done in Russia. For instance, while all of Russia’s large companies collectively spent just 800 million USD in R&D in 2009, one single US firm, General Motors, invested 8 bn.; in 2008, 9.6% of Russian firms implemented technological innovations, while in the same year the figure was 73% for Germany and 47% for Estonia. Furthermore, while the Finance Ministry refused to concede loans for Institutes reporting to the Academy of Science, foreign industrial companies took over, becoming the owners of Russia’s technological inventions.

For Aleksei Shevyakov, the key is the reduction in the gap between salaries, because this has a negative impact upon economic growth due to the fact that it interferes with socio-economic and socio-psychological vectors with economic impacts. For Shevyakov, Director of the Institute of Socio-Economic Questions of Population at the Russian Academy of Sciences, in an interview posted online* “normal inequality in incomes is positively correlated with economic growth and even promotes it but excessive inequality holds things back, reduces the birth rate and increases mortality”.

Comparing income inequality in Russia with other European world economies, Shevyakov states that in Russia as a whole, the difference between the 10% highest and 10% lowest incomes is between 16 and 17 times, whereas in Moscow it is around 50, compared with Scandinavia where it is 3 to 4; in the USA 14-15 and in Mexico, 25.

While it is true that low income and revenue disparities may generate socio-economic shockwaves such as low self esteem, psycho-social tensions which have a direct impact on the birthrate and downstream, ripple effects on the economy, Shevyakov’s premise is not easy to understand since Russia’s figure is similar to that of the USA, an economic powerhouse and therefore there are other currents to be taken into account.

The Russian Federation is a young country, emerging from the RSFSR which was the motor of the Soviet Union but whose resources were during decades employed in spreading wealth globally. Not yet 20 years old, it is a miracle that any of its social or economic indicators can be as yet comparable to those of the United States of America, the more so since the 1990s was a period of stagnation and regression.

However it is crystal clear that with a continuation of the excellent governance that the Russian Federation has enjoyed in the last decade, the priorities which Kudrin highlighted and the social cares underlined by Shevyakov, can both be nurtured and implemented as policy. With Russia’s increasingly positive rating in financial markets coupled with its political and economic stability and vast resources, this is the economic rising star of the future.