The index of the Moscow Exchange (formerly known as MICEX) has lost nine percent, the RTS index has fallen by more then ten percent. The decline was the largest for the companies, the top manager of which were affected by the recent sanctions that the US Treasury announced on Friday, April 6. The sanctions also affected metallurgical companies and participants of the financial market. 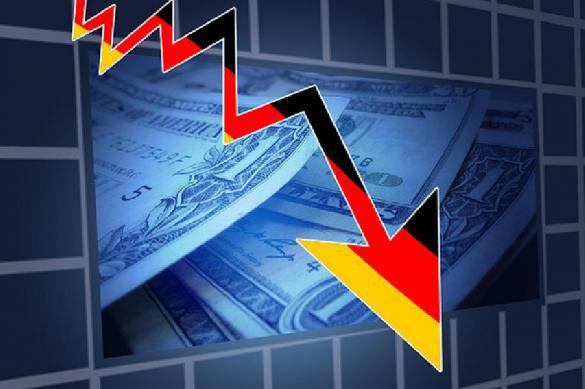 Rusal securities started falling on the Moscow Exchange in the morning of April 9 and were traded at a minimum of 15.04 rubles per share, which was 46% less than on Friday, April 6. The Moscow Stock Exchange suspended the trading and announced a discrete auction for Rusal securities due to a fall in the value of shares by more than 20% within ten minutes.

On April 9, the ruble also experienced a considerable decline in value for the first time in months.

During the day, when the USA imposed new sanctions on Russian businessmen and officials close to President Putin, the Russian ruble dropped by 50 kopecks vs. the US dollar. On Friday evening, experts promised that the decline will continue at a more serious pace.

Since the opening of trading on Monday, April 9, the Russian started declining rapidly for reasons of geopolitical risks.

This is a record fall for the Russian ruble rate for several months. In addition, the ruble has ignored a sharp rise in oil quotations.

Experts believe that such a considerable decline in the ruble rate has occurred not only because of the recent sanctions that the USA imposed on Friday, but also due to other  imminent restrictive measures related to the chemical attack in Syria's Douma. Washington held Russia responsible for the attack, whereas US President Trump said that Russia would have to pay a "big price" for the chemical attack in Syria.

In April 2013, the United States started imposing sanctions on a number of Russian officials, whom the US Treasury found involved in the death of legal adviser of the Hermitage Capital Management investment fund, Sergei Magnitsky. The original list included 18 people: they were barred from entering the US, their accounts in American banks were frozen. At the moment, the "Magnitsky list" counts 51 people.

In the spring of 2014, the US Treasury issued a decree on imposing sanctions on Russia in connection with the conflict in the southeast of Ukraine and because of Russia's actions to reunite with the Crimea. The original list included eleven people, such as presidential aide Vladislav Surkov, presidential adviser Sergei Glazyev, Federation Council Chairwoman Valentina Matvienko, Russian Deputy Prime Minister Dmitry Rogozin and others. They were banned from entering the US territory, and their bank accounts and property were to be blocked in case of detection. Subsequently, the list had been expanded several times and currently includes 205 people (mostly Russian and Ukrainian citizens.

The collapse of the Russian ruble
19:52
Azov commander announces Azovstal an Mariupol resistance over
18:51
Russian Security Council V.C. Medvedev names the duration of anti-Russian sanctions
17:55
Gerhard Schroeder to leave Rosneft's board of directors
17:48
WHO convenes emergency expert meeting over monkeypox outbreak
15:28
Monkeypox on the rise in Europe and on the way to Russia
14:31
Russian ruble continues rising in value against all odds
13:34
Russia to build 12 military units along western borders
21:31
Twenty Ukrainian paratroopers surrender to Donetsk People's Militia
17:00
DPA: European Parliament urges the EU to impose sanctions against Schroeder
16:43
Moscow will open access to Ukraine seaports if EU lifts sanctions
World
Russian FM Lavrov says all fears about West's plans are now confirmed