US Ambassador to Russia John Huntsman and representatives of the Russian authorities continue the discussion about the interference of the United States in the upcoming elections in Russia. According to Huntsman, an exchange of harsh statements on the subject may escalate the relations between the two countries. His concerns are understandable, although Moscow has a lot to catch up with Washington at this point. 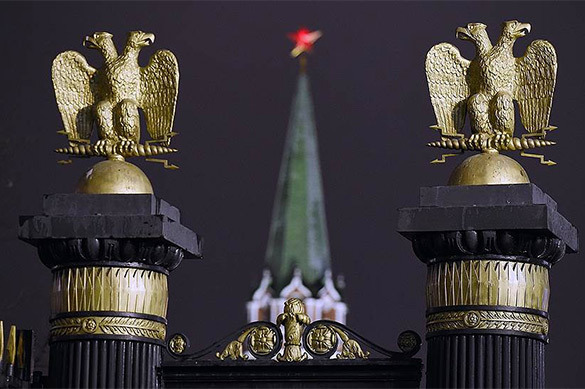 Not that long ago, official representative of the Russian Foreign Ministry, Maria Zakharova, stated that the United States was trying to interfere in the Russian elections because of the internal political situation in the USA.

"They are interested in our elections for two reasons. First off, they need it to continue the domestic political rhetoric, which as you can see, does not reduce tensions," she said on NTV.

The US is to hold intermediate elections to the Congress in November 2018. The question is whether the Democrats can intercept majority from the Republicans. Therefore, the widely advertised subject of the "Russian intervention" will, beyond any doubt, remain in high demand.

Secondly, the USA needs to be traditionally involved in all internal processes in all regions of the world. "There is no region where Washington does not want to play.  The rule of no interference in domestic politics and lives of other states works and should work from their point of view for all, except for one exceptional country - the United States of America," added Zakharova.

The American Ambassador to Russia stated when visiting Kazan that he was concerned about accusations of USA's interference in the Russian elections and said that it was impossible. "We are often accused that we interfere in elections, but it seems to me meaningless, as we very much value our relations. Sometimes I worry that such an exchange of statements would lead to unnecessary escalation," the diplomat said.

Perhaps, the US ambassador to Russia remains the only American official who tries to observe proprieties. It is hard to imagine someone else in Washington could say things like "we value our relations" and "unnecessary escalation."

As for facts, one can only recall the statement from the US State Department in connection with the refusal of the Central Election Commission of the Russian Federation to register blogger Alexei Navalny as a presidential candidate in late December of 2017. US officials said back then that such actions indicated the inability of the Russian authorities to ensure the implementation of basic freedoms and human rights in the country. They urged the Russian government to hold fair, transparent and free elections to guarantee "the free expression of the will of the people."

President Putin reacted to the statement from the US State Department. "The persona that you mentioned (Navalny) - he is not the only one who was not admitted to the elections. For some reason, they do not name others," Russian President Vladimir Putin said during the meeting with the leaders of Russian media in January. "This, as it seems, indicates certain preferences of the US administration," he added. "This is the person, whom they would like to promote into the political sphere of Russia and see as the country's leader," Putin said noting that the Americans should have kept silence on the subject because they fouled up.

Obviously, Moscow intends to serve the subject of elections with the same sauce for Washington. John Huntsman's remarks about "unnecessary escalation" if it was not for two aspects. Mr. Huntsman should send this message to the US administration. Last but not least, the escalation in the US-Russian relationship has gone too far primarily because of Washington's actions. To make matters worse, Washington is not going to stop.