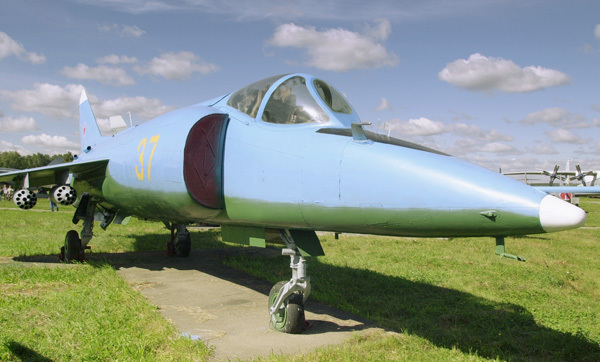 According to Deputy Defense Minister Yuri Borisov, aircraft-makers discuss projects to create short take-off and landing aircraft or vertical take-off and landing aerial vehicle. "This will be the continuation of the Yak line of aircraft," deputy defense minister said on the eve of MAKS-2017 airshow.

According to him, such aircraft will be designed for a new aircraft-carrying vessel, the construction of which will start as early as in 2025. Currently, the Russian navy has only one aircraft-carrier - the Admiral Kuznetsov, which currently undergoes repairs. Yuri Borisov also said that the construction of the new ship of this class will begin when the "new generation of aircraft" appears.

In the Soviet Union, it was the Yakovlev Design Bureau that was developing vertical take-off and landing aircraft. The Yak-36 was the first such aircraft (tested in 1996). Afterwards, the Yak-141 followed, although the new aircraft was being developed at the time of the collapse of the Soviet Union. The project was shelved, although the Yak-141 was demonstrated at the air show in Farnborough in 1992, unlike the Yak-201, which remained only on paper.

On the one hand, the work to build this kind of aircraft evidences a high level of technological development of a country. On the other hand, given the above drawbacks, the game may not be worth the candle.

Military expert Victor Murakhovsky said in an interview with Pravda.Ru that the Yak-141 project was closed because no vertical take-off aircraft can be comparable to conventional aircraft in terms of efficiency and performance.

According to the expert, the USA designed a variant of such an aircraft on the basis of the state-of-the-art F-35 fighter for naval use. Yet, the new aircraft was considerably inferior to the conventional F-35.

"One can't fool physics. A conventional aircraft provides lift speed due to long takeoff or the aerodynamic quality of the wing. If these aerodynamic qualities are removed to ensure lift due to the jet engine thrust, one will have to either increase fuel reserve to maintain an acceptable flight range or reduce the combat load. These are conventional laws of physics that were discovered during the times of Isaac Newton," the expert concluded.