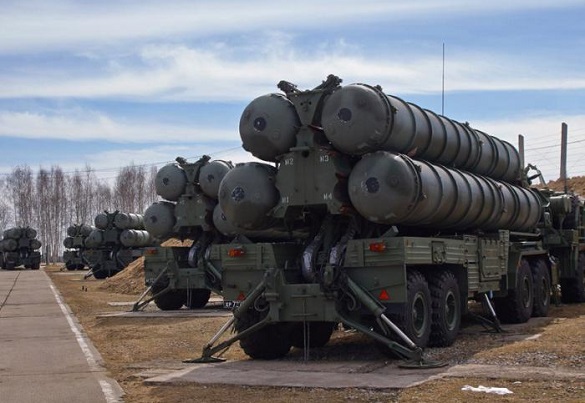 "New means of counteraction emerge, and we have set quite ambitious tasks to ourselves. Usually, the work to build a new complex takes a few years," Smirnov said.

Naturally, the official did not mention any details about the development of the new system. Meanwhile, Russian Armed Forces receive new Verba complexes.

"In 2013, we have finished working on the new Verba complex and we are currently in the middle of the process to supply this complex to the armed forces. The complex is delivered in two versions - for ground troops and airborne divisions. We have shipped ten of such sets for the time being," a representative of the Design Bureau of Mechanical Engineering said. One set includes target designation systems, command vehicles, radar mini-stations and other equipment, RIA Novosti reports.

It is worth mentioning that the Verba MANPAD is a unique complex. For example, compared to last generation Igla MANPAD, the Verba is ten times more efficient to overcome pyrotechnic interference. The track initiation zone of airborne targets has increased 2.5 times. The Verba MANPAD is capable of striking not only aircraft and helicopters, but also cruise missiles and unmanned aerial vehicles.

The missile of the system is equipped with a three-spectral homing head that operates in ultraviolet, near infrared and middle infrared ranges. The technology allows to obtain more information about the target.

A Verba system missile can 'sort out' thermal noise and choose an object with strongest thermal radiation. The automated control system detects air targets, including group targets, determines their flight parameters and distributes the found objects between anti-aircraft units, taking into account personnel locations on the ground.

It is worthy of note that Russian Aerospace Forces are to receive S-500 anti-aircraft systems in the near future already.

"Every year, we receive five sets of S-400 anti-aircraft missile systems and new radar stations. This is very good progress, and we work hard to develop the S-500 system. The state-of-the-art system will be added to the arsenal of air defence troops in the near future already," commander-in-chief of the Russian Aerospace Forces, Hero of Russia, Colonel-General Viktor Bondarev said.

According to Lieutenant-General Viktor Gumenny, commander of air defence and anti-missile forces, Russian aerospace forces should be able to destroy not only enemy assault weapons in midair, but also to strike enemy aircraft on airfields, as well as carriers of high-precision weapons.

"Aerospace assault weapons of foreign states pose the biggest threat to Russia's military security - this is a peculiarity of Russia's geostrategic position. The experience of military conflicts of recent decades shows that it is impossible to solve war tasks by mere defence. This applies to the field of aerospace defence too," said Gumenny.