In mid-March, Russian President Vladimir Putin held a meeting with the government. One may say that the meeting was somewhat enigmatic. The Kremlin press service reported that "the main topic of the meeting will be the improvement of intergovernmental fiscal relations." It was also said that the heads of several regions of the country would attend the meeting to consider a number of current topics. 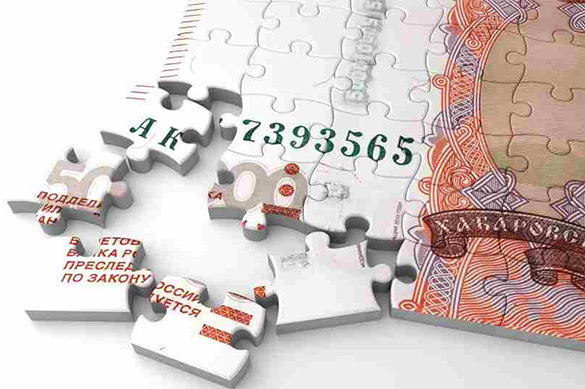 Yet, the published transcript of the meeting contained speeches from a number of ministers on issues of transport, flu epidemic, etc. Afterwards, Putin addressed the audience with the following words: "Let's talk now about the improvement of intergovernmental fiscal relations - the topic for which we gathered here." This is the moment when the transcript of the meeting ends. We do not know what the participants of the meeting discussed further. The list of president's instructions was not published either. Only three regional heads, including the mayor of Moscow, were present at the meeting. As a rule, Moscow has a special attitude regarding inter-budgetary relations. All other regional leaders were not present.

One needs to understand the concept of inter-budgetary relations. One of the most important principles of the budget policy is the balance between the quantity and the quality of state and municipal services provided to each Russian citizen. No one understands how many subsidies one should have. Each time, inter-budgetary transfers (IBT) require specific amounts. To date, IBT accounts for one trillion six hundred billion rubles. Of these, 730 billion account for subsidies for equalising the fiscal capacity of federation subjects, distributed under a very complex formula. These subsidies are provided to regions where the balance of their own incomes and expenditures is worst. Usually, such subsidies are allocated in case of emergency.

Four hundred and fifteen billion rubles are allocated for Moscow's co-financing of regional projects and programs. Another 312 billion accounts for subventions, when the federal budget provides financial assistance to the regions to fulfil the powers reserved for the federal centre, but can be implemented by regions. Another 145 billion account for so-called other inter-budgetary transfers.

Dmitriy Kozak, who traditionally supervises inter-governmental relations in the government, says that 97 percent of 11 trillion rubles of total expenditures of the regions are regulated by various federal acts: "This means that Russian regions have their own powers (to finance health care, education, housing and communal services), but we have prescribed how much to spend. This also  means that the regions lack money." Dmitry Kozak proposed to return these powers to the federal level: "We must abandon this form of regulation, give more freedom or raise these powers to the federal level, to withdraw revenues and distribute them, based on the need."

Budget expenditures contain a very large permanent component that does not depend on the number of citizens who receive budgetary services. As a result, those who have more receive more and better quality services from the federal budget, because the budget reform aims to provide public services to people instead of financing budget institutions. For example, constant expenditures at schools, for example, are approximately the same, but receipts from budgets vary considerably.

As a result, population density becomes a decisive factor in people's well-being. This is extremely dangerous for the existence of our country, with its relatively rare population and vast territories. The devastation of the countryside continues, people escape from rural areas and move to larger cities.

Russia's financial administration does not have a clear understanding of what deserves greater attention - allowances or subsidies. Therefore, the topics that President Putin discussed at a government meeting in the middle of March are highly important. To crown it all, Russia has too many enemies, who work to make Russia collapse from within.