Russian President Vladimir Putin believes that the anti-doping system in Russia has failed entirely. One should admit it, find the guilty and build a new system, he said. 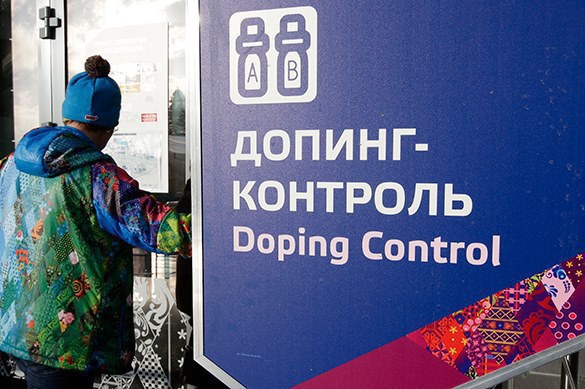 "The most important thing is that we must listen, despite all those blunders in the work of the independent commission, we must listen to what the commission has done, to the results of its work. We have to listen to WADA requirements, because we must recognize that we have positive cases of the use of doping," Putin said in Krasnoyarsk at a meeting devoted to preparations for the World Winter University Games in 2019.

The president noted that the Investigative Committee will take the investigation to completion, and the guilty will be punished.

At the same time, Vladimir Putin stressed that Russia has never had a state system to support doping.

"Once again I want to stress this out: Russia has never had and hopefully will never have a state system for the support of doping. Quite on the contrary there will be struggle against doping," Putin said.

As for the creation of a new system, a laboratory that is currently being established at the Moscow State University will be of help, the president believes. Putin hopes that there will be no more "swindlers, who organize doping programs and then escape abroad."

"We deliver this system from the Sports Ministry and from the government to an independent organization to the platform of the Moscow State University - the way it works in many countries of the world - and we are doing it not figuratively, but in the literal sense of the word," said the president.

At the same time, the Russian president believes that one should take into account the opinions of the World Anti-Doping Agency. According to Putin, Russia must listen to what WADA says and does. Yet, Putin does not understand the arguments that were used in the infamous McLaren report to establish the guilt of Russian athletes. It goes about the scratches on sample bottles that supposedly proved manipulations with them.

"As for the claims about scratches found on those bottles...We do not understand what kind of evidence it is. When we delivered those bottles, there were no complaints presented. If there had been any complaints about some scratches, they should have made adequate records in protocols. Nothing like this has been done," Putin said. "It means that the bottles were stored somewhere, and we shall not be held responsible for that storage," he added.

It was previously reported that the maker of sample bottles could not understand the reasons that made the McLaren commission come to its conclusions.