Russian liberals share a skeptical, to put it mildly, attitude to US President Donald Trump. The inauguration of the new president became yet another occasion to lament on what will happen in the world now. 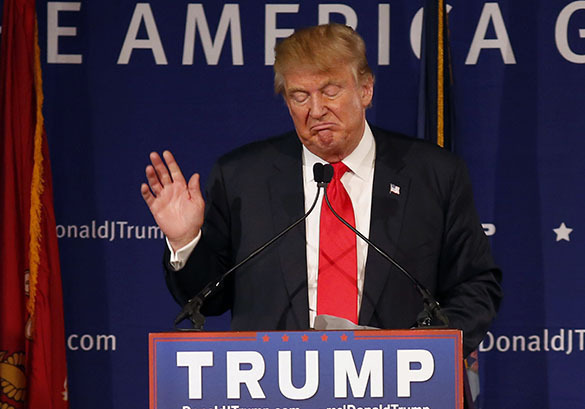 Here is what the leader of Parnas party Mikhail Kasyanov wrote on his Facebook page: "The 45th US President has taken office against the backdrop of huge scandals. For the first time in history, it is believed that the president's coming to power was made possible owing to fraudulent actions of another country, the security forces of which allegedly have compromising materials against him. The campaign against him involves not only his opponents from the Democratic Party, but also fellows Republicans. A coalition majority may appear in Congress that would be able to block possible odious initiatives from the new president."

"It appears that Donald Trump seriously expects that common Americans, who took his populist rhetoric close to their hearts, will help him in this struggle. Vladimir Putin won people's support in a similar manner, when the Russians believed that it was him who was brining them back their national pride, who was going to make the world respect Russia. In this case, Trump, like Putin, is going to play on how common Americans misunderstand the complexities of foreign policy and the long-term price for making certain decisions," Mikhail Kasyanov wrote.

Kasyanov predicts that the USA will face the struggle between the 200-year-old American democracy with its system of balances and the "autocratic populism of the new president."

"The outcome of this struggle is not clear," Kasyanov concludes his analysis.

Generally speaking, Mr. Kasyanov questioned several immutable facts about the American democracy. For example, the American democracy is a system that excludes the appearance of a Putin-like politician, Russian liberal publicists and politicians believe. This can never happen in the United States, because American electors are highly responsible people. However, it now appears that American electors are inexperienced people, who can simply ignore the experience of 200 years of democracy.

Yabloko Party founder Grigory Yavlinsky does not expect anything good from Trump either.  According to him, Trump's policy in relation to Russia will be "much dumber, harder and tougher than that Clinton would have had." According to Yavlinsky, the American political system will not let the president "entertain himself" too much.

Former chairman of Democratic Choice party Vladimir Milov is also extremely critical of the US president. According to him, it is American presidents who are to blame for what is happening in Russia.

"In 2000, when Bush won the American election, many were giggling, saying that it was nothing special, some fool won the election, a Democrat today, a Republican tomorrow, and it was only the stable system of transfer of power that was important. Yet, it was Bush and his team of neoconservatives with their attitude of "It does not matter what's happening in Russia, the main thing is it is no longer the Soviet Union" let the cancer of authoritarianism grow in Russia, appealing Putin in every way. Their wakeup call was Putin's Munich speech. By that time, Russia had already paid the foreign debt and saved the Stabilisation Fund of $100 billion," he wrote on his Facebook page.

Bush had the chance to create the "New World Order," but he missed it. "Instead, he became involved in the hopeless massacre in Iraq, increased the budget deficit, missed the mortgage crisis and so forth," Milov wrote.

But that's not all. "The current situation is much worse, because Bush, if compared with that dude, is an intellectual and a reasonable man. There is a very difficult period in store for us, and it will affect Russia directly," Milov added.

Apparently, the Russian liberals remain highly concerned of whether they can be of any need for the new US administration and whether Donald Trump is going to support them financially. Period.