'Sherlock' in the Kremlin: Showing the IQ level of the British press

Western analysts believe that the Kremlin could be behind the leak of the final episode of the popular "Sherlock" series. This is no joke - they do believe so in the West. 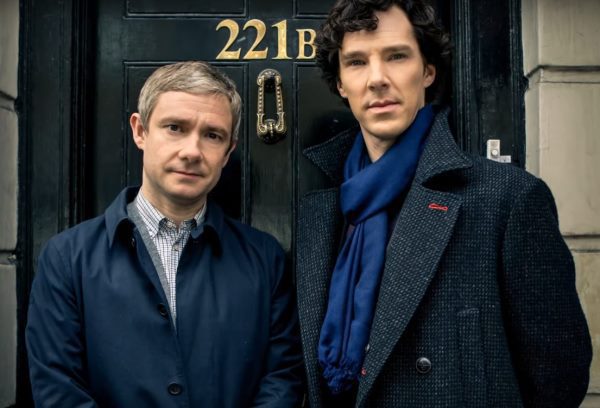 The Russian version of the "Sherlock" series finale appeared on the Internet the day before the premiere. In Russia, the series is broadcast by state-run Channel One. The series is extremely popular, and the reaction to the leak appeared instantly. Of course, some people assumed that it was the notorious "Russian hackers" who leaked the "Sherlock" finale. The news triggered a plethora of jokes about the hackers. Some tweeted that the two most important things in the world that the Russians hacked were: a) the Sherlock finale and b) the US election.

"The fact that Russia hacks different countries is, of course, bad, but the last episode of Sherlock?? Putin has gone too far," another user tweeted.

"How did World War III start? On January 14, the day before the premiere, Russia leaked "The Final Problem"," another poster wrote.

These are all jokes, of course, but the good old BBC, which owns the rights for the series, initiated a serious probe into the leak to see if the leak was arranged by the Kremlin. There are no questions to the process as this is commonly practiced in such cases.

The Telegraph noted in connection with the investigation that the leak could have been plotted on purpose to harm the British broadcaster. To substantiate its point of view, the newspaper pointed out Moscow's concerns about the BBC's plans to expand broadcasts in the Russian language.

Secondly, the leak may come in response to last year's story with the closing of RT's accounts in the UK. Allegedly, the Russians promised not to leave those actions unanswered and they kept their promise.

"There appears to be no profit motive, no benefit to the broadcaster from doing this. What remains is a political motive. The most obvious explanation is that this is punitive," Ben Nimmo, information defence fellow at the Atlantic Council think tank assumes, The Telegraph said.

In a nutshell, it appears that the Kremlin forced Channel One to leak the final episode of the series to demonstrate dissatisfaction with the expansion of broadcasting in the Russian language and return the favor for closing RT accounts in the UK. The logic, as they say, is OK.

All of this is being said seriously. There maybe irony involved, but it is difficult to grasp it in the comments of Western "experts" about Moscow's punitive operation.

What is Channel One doing in the meantime? "Channel One has been staying in close contact with the BBC to conduct an investigation to identify the source of the materials that were uploaded on the Internet. According to a preliminary version, it was a hacker attack," the press service of the channel told TASS.

It appears that hackers were involved in the leak indeed, so one may expect the British press will continue stretching its imagination.