Show must go on: Sport, politics and 'Russia's aggression'

Germany's national football team will monitor human rights in Russia during World Cup 2018, German sports officials said. We have heard similar statements before the Olympic Games in Sochi in 2014. Is it deja vu? 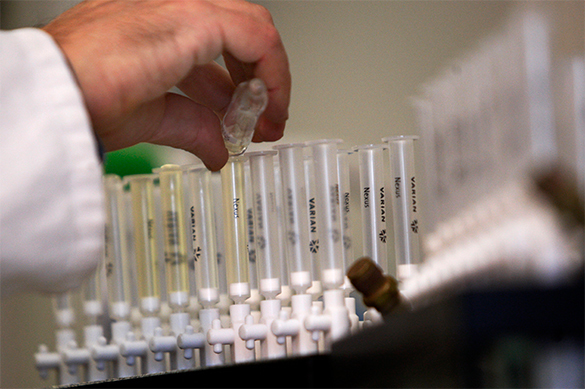 Such issues as doping and hooliganism among football fans will be subjected to criticism as well. However, he did not specify how exactly German sports officials and members of the German national team were going to express their discontent.

According to Bierhoff, sport will not solve the problems that politics should deal with. "However, sport can build bridges, while the media can highlight the issues that deserve attention and solutions," he said.

In general, the remarks from the German official appear to be another attack on Russian athletes in particular and Russia in general. The campaign lasts for more than a year virtually without interruption, and now we are witnessing another stage - after the report from Richard McLaren's commission on December 9.

The topic to deprive Russia of the right to host the World Cup 2018 has surfaced again. This initiative came from US and British officials, who explain their anti-Russian stance with Russia's "aggressive behavior."

After the FIFA administration rejected the possibility to move the World Cup 2018 from Russia, the idea faded into the background for a while. Now it has been reanimated again - this time under the pretext of the impossibility to hold the even of this level in the country that supposedly had a state-run doping program for athletes.

Without a doubt, the campaign will continue. Many have forgotten the scope of the anti-Russian campaign before the Winter Olympics in 2014, but the campaign was extensive.

In August 2013, The New York Times published an appeal from 300 athletes and public figures who called for a boycott of the Olympic Games in Sochi. Skater Blake Skjellerup and high diver Greg Louganis were among the signatories. They were joined by British writer and actor Stephen Fry.

Then, we recall, the matter was not about doping at all. The hype was about Russia's law that prohibited the propaganda of non-traditional sexual relationships among minors. Stories about the sufferings of Russian homosexuals would appear in Western media on a regular basis. Interestingly, though, this topic disappeared immediately as soon as the Sochi Games ended.

The widely known secret was unveiled by former chess player and currently Russian opposition activists Garry Kasparov, who strongly supported the exclusion of the Russian national athletics team from the Olympic Games in Rio de Janeiro.

"The Olympic Games, owing to dictatorships of the 20th century, have become a political event, and the discussion of the disqualification of the Russian national team is, of course, a form of sanctions," he wrote in the summer of the outgoing year.

Boycotts of sports events have never brought any political profit to their initiators. Nevertheless, they are still considered an effective way of pressure. Their efficiency is a big question, though. Their stupidity is undeniable.