The International Criminal Court is fit for the waste basket

The International Criminal Court in The Hague has equated Russia's reunification with the Crimea to a military action, in which Russia appeared as an aggressor. 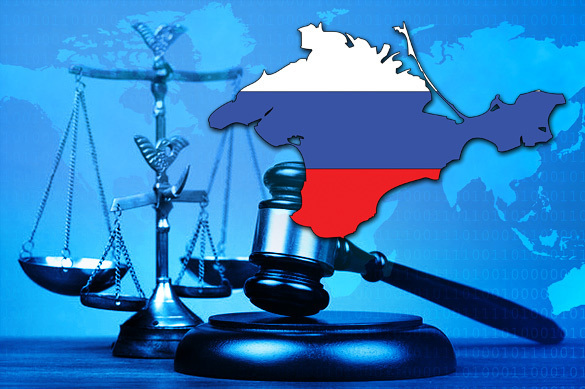 The report from ICC Prosecutor Fatou Bensouda, in particular, said: "According to the information received, the situation in the Crimea and Sevastopol is equivalent to an international armed conflict between Ukraine and the Russian Federation. The given international armed conflict started not later than on February 26, when the Russian Federation involved its armed forces to gain control over parts of the territory of Ukraine without the consent from the government of Ukraine. "

The first question that arises in connection with the "military conflict" - were there any shootings, explosions or tanks involved? If there was a military action in the Crimea, was there any landmark battle, like, for example, the battle for Sevastopol, the siege of Koktebel, Yalta or anything else?

The second question that one may ask themselves in this connection is as follows. If the events in the Crimea were an act of military confrontation, what is happening in the Donbas then? Why doesn't the ICC give its assessment to the conflict in the Donbas, even though the number of victims continues growing there like in a full-fledged military conflict? Does the International Criminal Court believe that the conflict in the Donbas is an "anti-terrorist operation" as the Ukrainian authorities put it?

These are narrow-minded questions, of course. Legal aspects of the recent move of the ICC are much more interesting. Here is what the head of Pravda.Ru Internet Media Holding Vadim Gorshenin has to say on the subject: Interestingly, the investigation is conducted at the request of the government of Ukraine, even though Ukraine, just like Russia, has not ratified the status of the ICC. Moreover, the Constitutional Court of Ukraine recognized the statute of the International Criminal Court as an institution inconsistent with the Constitution of Ukraine.

Curiously, the sitting Ukrainian authorities do not even intend to ratify the agreement on the accession to the International Criminal Court, because in this case the ICC would be able to initiate and conduct investigations into the war crimes that the Kiev authorities commit in the Donbas.

The most recent decision from the ICC does not surprise Russia in light of the current anti-Russian hysteria. Yet, the decision poses the question of "two chairs" for Ukraine. Ukraine will have to recognize the jurisdiction of the ICC if the country wants to give this decision a legal status. Otherwise, it does not mean anything. Does Ukraine want the ICC to look into the killings of women and children in the Donbas?

The Ukrainian Armed Forces commit acts of terrorism in the Donbas. Noteworthy, the new US administration may forget about Ukraine once and for all, if the ICC finds that the Kiev government commits war crimes against its own citizens in the south-east of the country. The USA does not negotiate with terrorists. Previous US administrations were very good at breaking this rule, but the new America would probably want to take full advantage of it.