Trump sets off for Crimea

'When I said in an interview that Putin is "not going into Ukraine, you can mark it down," I am saying if I am President. Already in Crimea!' Donald Trump wrote on his Twitter. 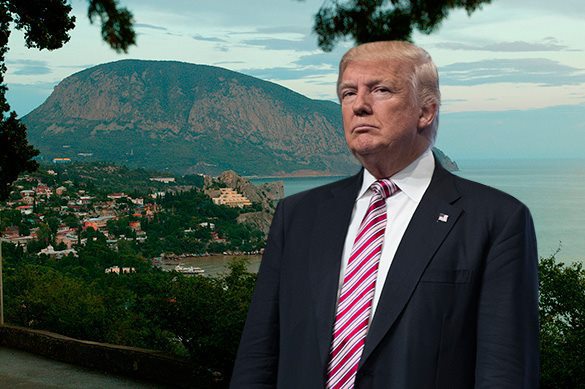 'So with all of the Obama tough talk on Russia and the Ukraine, they have already taken Crimea and continue to push. That's what I said!' the policy-maker added.

Before that the US billionaire Donald Trump claimed that the Crimean residents had opted for Russia, and the US should take their interests into account. Answering the ABC TV channel question of whether he's ready to recognize Crimea as part of Russia, Trump said he would consider this possibility.

'But you know, the people of Crimea, from what I've heard, would rather be with Russia than where they were. And you have to look at that, also,' Trump said.

The presidential candidate also pointed out that for the time being Ukraine submerged in riots. He added that such situation was going on during Obama's being in power along with his strong links with the NATO.

Trump stated that he would prefer to make friends with Russia for the sake of ultimate victory over ISIS.

French MPs come to Russia's Crimea to learn the truth