Khodorkovsky: Putin is not going to cozy up to Washington 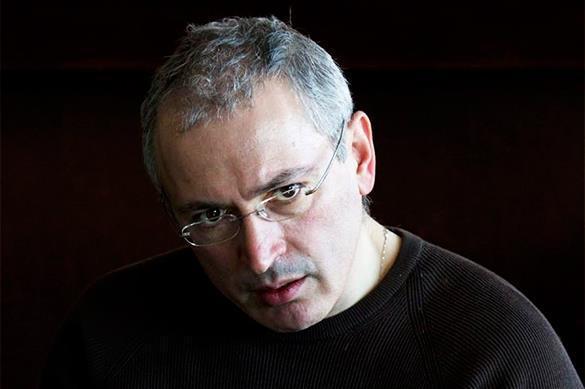 If Hillary Clinton takes office as president, the relations between Russia and the United States will deteriorate further. According to the ex-oligarch, Putin was originally prepared for Clinton's victory in the election, therefore, he has been allegedly trying to damage the relations between the two countries during the recent months.

The logic is as follows: "He'd better to go down to the bottom so that she could make only one step - up."

"If Mrs. Clinton wins, then the bottom that Putin sees will not be the real bottom. She knows how to hit Putin to make him fall even lower. She has an extensive experience, and she will not forgive - I'm talking about the American establishment here - she will not forgive interference in the internal electoral process in the United States," Mikhail Khodorkovsky, the head of Open Russia told Politico.

When Khodorkovsky speaks about Clinton's "extensive experience" does he have Libya in mind? And of course, it is only Hillary Clinton, who knows all about the real bottom.

If the Russian president was originally prepared for the victory of the former Secretary of State, then it is not clear why he would need to interfere in the "internal electoral process." Did he want to cause even greater damage to the US-Russian relations to give Clinton a chance to start it all over again? Or Putin? Or both? Why would he need to interfere, if she would not "forgive?"

Noteworthy, on the eve of election day in the USA, former US ambassador to Russia Michael McFaul gave an interview to Russian media. McFaul stated in the interview that he did not think of Hillary Clinton as a supporter of a hard line course against Russia.

"I think the claim that the fear-mongering that Trump himself and Trump supports say to scare American voters that Secretary Clinton is going to start a war with Russia is completely absurd, completely has nothing to do with the reality. Only a total crazy person would start a war with Russia," McFaul told Interfax. Clinton understands that there will be no war between the U.S. and Russia, "she is not crazy," he added.

"I think she takes a very pragmatic approach to defend America's national interests and security and economic interests of our allies," McFaul said. "She's not going to become president to say "it is my goal to improve relations with Russia". What is she's going to do instead is she is going to say that "it is my goal with Russia to accomplish policy items A, B and C." And then she is going to decide which strategy, which instrument of policy [will achieve that]. Sometimes it will be engagement and sometimes [it will] be containment," Michael McFaul said, Interfax reports.

Unlike the former ambassador, Mikhail Khodorkovsky does not leave Hillary Clinton any room for maneuver. What if Donald Trump leaves? There will not be anything good for Russia anyway, Khodorkovsky believes. A conflict between the two countries will be highly likely as well, because Putin is not going to cozy up to Washington.

"We all know people like Trump, and it is unlikely that Putin will play up to Trump's ambition, like, for example, Kadyrov (Chechen President - ed.) plays up to Putin's ambition," Khodorkovsky said.

What does Kadyrov got to do with it? Is it just because his name rings the bell in the West?

According to Khodorkovsky, it is difficult to predict what will happen after Putin refuses to subordinate Russia to Trump's will. "Putin will not be able to do this, so it means that a conflict with Trump is inevitable."

Why is the ex-oligarch confident that the Republican candidate will wish to subjugate Russia? What does he know about Trump's thoughts on Russia? Does Khodorkovsky know something that everyone else does not know?

The former oligarch does not expect anything positive in relations between Russia and the United States, and it seems that this is the most desirable option for him.