Russia-Turkey: Who is winning?

Has a letter from Turkish President Erdogan solved all the problems in the Russian-Turkish relations? Have the relations between the two countries returned back to normal? According to Director of the Center for Strategic and Foresight Studies, Yevgeny Gnilomedov, Russia had been waiting for Turkey to apologize for too long. Today, Russia needs to take full advantage of the situation. 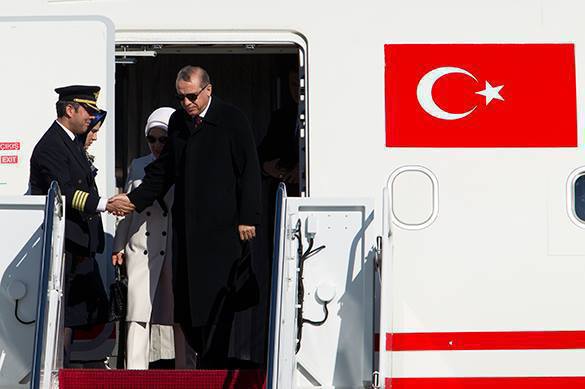 "It is believed that the apology from Turkey came as a formal step. The Turks, apparently, do not suggest anything else to recover the bilateral ties with Russia. Do you think such a point of view is valid?"

"Well, on the one hand, as a person who studied the region and the Turkish language, I am very happy about the fact that the relations between Russia and Turkey have started improving. The interaction between the two countries is beneficial both to Ankara and Moscow. I am very pleased that there is at least a glimmer of hope to bring the good old ties back.

"But, on the other hand, there is too much of media hype around this news. Some people, including in the Russian administration, have apparently decided that all the problems will vanish quickly. I firmly believe that Russia must not hurry here. Russia must do everything to exclude a possibility for the incident of the past to occur again.

"Because of the shoot-down of the Russian warplane, Russia suffered losses. Therefore, the Russian administration should at least demand a compensation from Turkey for the downed aircraft. Ankara should also compensate Russia for the losses that we suffered when a number of landmark projects were suspended. To crown it all, Russia must try to take advantage of the situation to conclude other long-term contracts with Turkey. We should use the moment and talk to Turkey from the position of legal superiority and even force."

"Russia has lifted tourist restrictions from Turkey. Was it the right decision for the Russian administration to make?"

"These are complicated processes. Indeed, President Vladimir Putin said, after Erdogan apologized, that we would remove tourist restrictions. Perhaps, it was the least that we could do right now with minimal losses for ourselves."

"What about lifting the embargo on imports of agricultural products?"

"This question is still under discussion. Russian agricultural producers have prepared themselves for the absence of Turkish products on the Russian market. They have raised loans to start working to substitute the products that Russia was buying from Turkey. We can not go and tell them that the game is over, and the Turkish food is back.

"More importantly, Turkey is a key player when it comes to all the problems associated with the Islamic State terrorist group. If Turkey does not take part in this process openly, it will be very hard to solve this problem. The Islamic State receives its supplies via Turkish channels. The Turkish administration must close its borders and make them as impassable for militants as possible. The terrorist attacks at Istanbul's airport have showed that such a move would be in the interests of Turkey too. I do not know why they keep on running the open doors policy.

"In this regard, Turkey can be compared with Pakistan that used to flirt with the Talibs. As a result, the country lost part of its territory that was conquered by the Taliban for a long time. Turkey just needs to look around and think about consequences."

"Probably, everyone would like Erdogan to change. Can it be possible?"

"Indeed, Erdogan and Assad used to be on very good terms prior to the conflict. Now Turkey's ties both with western and eastern countries leave much to be desired."

"Erdogan is still an authoritarian and conflict-prone person. What he has been doing recently reflects his desire against his will. He is forced to make the decisions that he has made. Can things take a U-turn again?"

"It is possible. The Orient is a riddle. Therefore, Russia should not give the initiative into Turkey's hands. We've been waiting for Ankara to make a realistic and productive decision for too long, so Russia's expectations must be justified, rewarded and paid for.