Turkish Prime Minister Binali Yildirim stated on June 28 that the Turkish authorities only wanted to apologize for the downed Su-24 bomber of the Russian Air Force. A day earlier, Yildirim said that Turkey, if necessary, would pay compensation for the Russian aircraft. 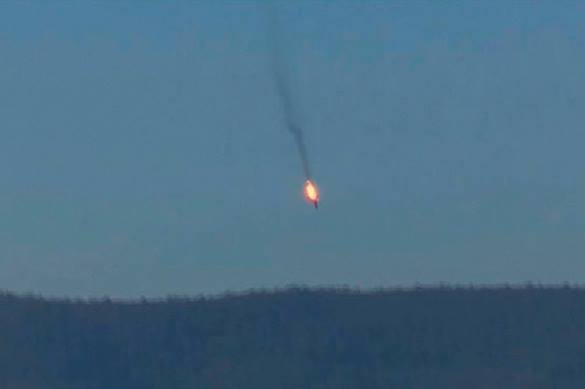 However, as it turns out, the Turkish authorities do not intend to compensate Russia for the downed Russian Su-24. As Prime Minister Binali Yildirim noted, it goes about only an official apology to Moscow, RBC reports.

"We have only expressed out regret to Russia in connection with the incident," the Turkish PM said after speaking to deputies of the Turkish Parliament.

During his speech before the MPs, Yıldırım said that the relations between Moscow and Ankara would hopefully improve. "An indirect contact between the two leaders has finally given a result - Yildirim said. - We can say that we are in the beginning of the process of the normalization of relations between Turkey and Russia," he added.

On June 27, Binalu Yildirim said in an interview with TRT TV channel that Turkey, if necessary, was ready to pay compensation for the downed bomber aircraft to Russia. According to him, Turkish Presdient Recep Erdogan and his Russian counterpart Vladimir Putin were to have a telephone conversation to discuss the regulation of bilateral relations.

The Kremlin said that the apology from Turkish President Recep Tayyip Erdogan was "an important step." On Wednesday, June 29, the two leaders are expected to discuss the future of Russian-Turkish relations in a telephone conversation, Putin's official spokesman Dmitry Peskov said. The conversation will take place on the initiative from the Russian side, in the afternoon, he added.