Severodvinks: The place where Russian nuclear submarines are born

Pravda.Ru journalists have recently visited the city of Severodvinsk, one of the centers of the Russian shipbuilding industry, one of the main bases of the Northern Fleet, from where submarines would set off for their missions. The city used to be one of the most secret places in the USSR. Nowadays, the city is open for everyone. We spoke to Severodvinsk Mayor Mikhail Gmyrin about the history and present-day life of this city in Russia's north. 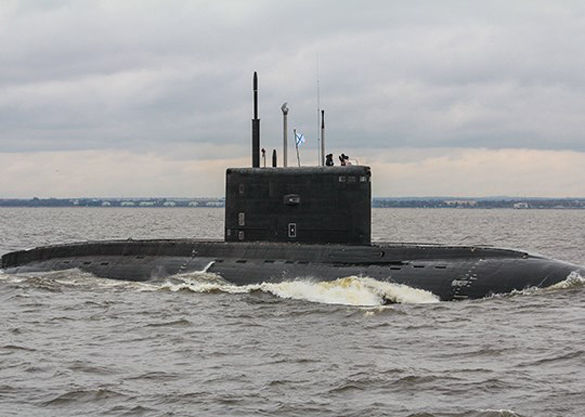 "What is Severodvinsk known for most?"

"Severodvinsk used to be a closed city. All leaders of our country have been here several times, except for Stalin, although the city was created owing to Joseph Stalin in the first place. Severodvinsk is known throughout the world, primarily for its shipyards. Fifteen years ago, the situation was much more difficult, unpopular decisions had to be made, but contracts would still be concluded even to companies' detriment to preserve scientific, technical and human resources.

"A lot has been done during the recent years to prepare highly skilled professionals. Human resources are most important. Presently, the city has enough contracts to execute. Today, the state defense order for Severodvinsk companies embraces the period till 2020. Therefore, the city is developing steadily.

"In 2015, about 30,000 square meters of new apartments were built, including social housing. This suggests that the city is moving forward and growing, because construction means life."

"What about the unemployment rate in the city?"

"We have the lowest unemployment rate in the Arkhangelsk region - it is only 0.4 percent, which means that we do not have it. If people really want to work, they can certainly find a job at the city-forming enterprises, in the social sphere or anywhere else."

"Severodvinsk is a Russian center for nuclear shipbuilding. This is an industrial town that targets a specific industry. Do you experience any problems in connection with sanctions?"

"There were no serious problems. We have replaced some products with Russian-made goods. There were also new factories built in Russia, so domestic instrument-making and other industries produce all the necessary equipment for us: parts, components and systems.

"In 2009-2010, we prepared a comprehensive investment plan for development of the single-industry city of Severodvinsk, and we defended the city on the level of governmental commissions. Our companies can build and repair nuclear submarines, but they also can make and repair surface ships. Today, we also make oil rigs.

"We have implemented a number of projects within the framework of the integrated investment plan. The largest project of them in the last 25 years was the construction of the Arkhangelsk highway. The project cost about a billion rubles."

"In Severodvinsk, there is also a famous diamond cutting center. How did this idea come up?"

"In the Arkhangelsk region of Russia, there are large deposits of diamonds named after Mikhail Lomonosov. Director General of Zvyozdochka enterprise that builds submarines, Nikolai Kalistratov, supported the idea. We have recently received an award for a very fine quality of work."

"When the city was no longer closed, opportunities for the development of tourism appeared. What are the prospects?"

"We have the wonderful outdoor wooden architecture museum - Malye Korely, where there are very old, some of the most revered churches in Russia. These are places where the Pomor nations used to make salt.

"It is possible to go there only by railway. We have restored the winter road that works now seven or eight months a year. We have also restored all memorial sites, including monuments to first builders of Severodvinsk and the war memorial."