Pravda.Ru conducted an interview with political analyst Alexander Nagorny about Vladimir Putin's success in major issues of foreign politics, about the deployment of the Russian Air Force in Syria, about the prospects for ISIS to come to Russia's Caucasus and whether common American citizens are willing to fight for Ukraine. 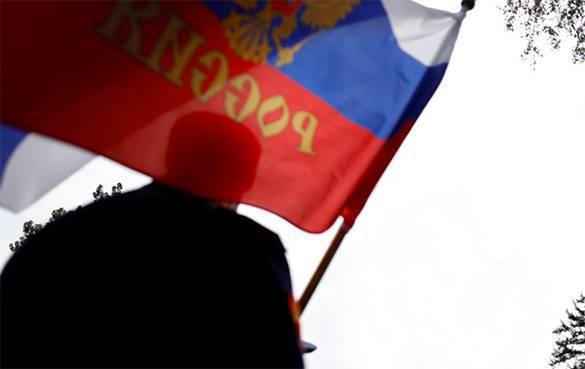 "Is it possible to win a war with the help of air force only?"

"No, it is not, although it can be possible under the Douhet doctrine that the Americans support. The bombings of Dresden and other German cities, the use of atomic weapons against Japan were based on this idea.

Also read: Russia to use Air Force in Syria at President Assad's request

"Yet, the Japanese could continue the war, if it hadn't been for the emperor. The Americans had only two nuclear bombs that they dropped on Japan. They built two more nuclear bombs in 18 months only. American troops would never have been able to conquer Japan, even if they had the USSR supporting them.

"The example of ISIS, even if it is revolting, it still commands respect, because ISIS has achieved a lot on its revolutionary passion, without military hardware.

"In 1917, the Bolsheviks won the revolution in Russia just because the people believed them, not because they had better weapons. In this sense, it is the human factor that always plays a crucial role.

"You can not win if you have 10-20 aircraft. Everything that has happened in these last few days was Putin's brilliant political combination, and one can only admire him for that. The Western media have their own interpretation of Putin's policy, but everyone understands that Putin has taken advantage of the United Nations.

"Putin told the Americans during his speech at the 70th UN General Assembly: "Do you realize what you have done?" The Americans and NATO create a plethora of problems in the world. Neither Obama, nor Hollande said anything in response to Putin. Soon afterwards, the Americans approved the Russian presence in Syria and evinced readiness to cooperate with Moscow.

"We have seen the essence of Putin's diplomacy. During the recent 1.5 months, he has had contacts with Erdogan, Netanyahu and other leaders of the region. Now we can see the result of those meetings. He has virtually created a core in the Middle East: from Syria to Kurdistan, to Iraq and then to Iran, to China. This brilliant political combination has created a completely new role for the Russian Federation in the world.

"Of course, we do not know what it all may lead to and how it will end. I think that with Netanyahu, Putin was talking about the need for Israel to revise its approach to Bashar al-Assad and stop the bombings of arms caravans. Most likely, Putin promised to put pressure on Hezbollah via Iran. As for Turkey, Putin and Erdogan were most likely speaking about the agreement with the Kurds. In return, Turkey would cut its assistance to Al-Qaeda and extreme revolutionary movements in Syria.

Also read: Washington wants Russia to have another Afghanistan in Syria

"With regard to Ukraine, the US administration has recently ordered Poroshenko to stop shelling the urban areas of Donetsk and Luhansk. Poroshenko did what he was told. The control effect is fully preserved, as we can see.

"The Russian Federation has been reviving as a new incarnation of the Soviet Union. Nowadays, however, Russia's role is much more important than that of the USSR. This is a paradox, though. Against the backdrop of diplomatic triumph, Russia is becoming weaker inside."

"Will China see it?"

"No. China will do only the things that it needs to do. China is very pragmatic. China is willing to invest, but these investments relate to the construction of railways that will link Moscow with Kazan and Yekaterinburg and then with Beijing. China does not invest for social needs. The Chinese administration does not want the Russian economy to develop by 7-8 percent.

"The Russians survived the mess and chaos of the 1990s, because the people were living in a hope of new possibilities. Today, however, the situation is different. In today's Russia, people have a self-centered understanding of themselves.

"I think that in 2017, Russia may have a revolution. America's hatred of Putin is still there. Nothing will change in Ukraine, the civil war there will continue. It's quite possible that the West will plot a regional conflict in Central Asia. There are forces that are interested in shattering Russia, in breaking the social stability."