In an interview with US journalist Charlie Rose for CBS and PBS television network, Russian President Vladimir Putin said that Russia recognizes only the legitimacy of the army that is subordinated to the legal President of Syria, Bashar al-Assad. 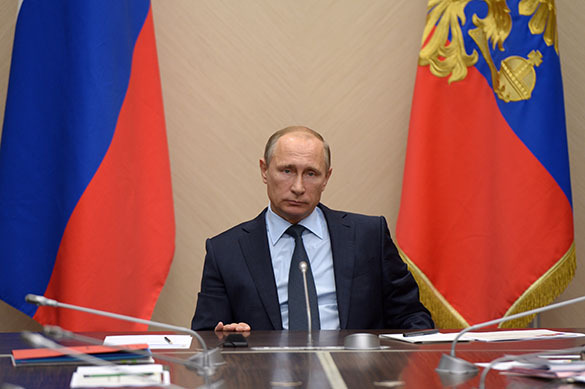 Putin also paid attention to deplorable results of combat training of the Syrian opposition by the US military. "There is only one legitimate army there and this is the army of Syrian President Assad. it is confronted by what some of our international partners interpret as the opposition. In fact, in real life al-Assad's army is fighting against terrorist organizations," he said.

Putin then told Rose: "You know better than me about the hearings that have just taken place in the U.S. Senate, if I am not mistaken, where the military, representatives of the Pentagon reported to Senators on what was done by the United States to train the fighting part of opposition forces."

"The objective was to train 5,000-6,000 fighters first and then 12,000. As a result it turned out that only 60 were trained and only four or five people are waging an armed struggle while all the rest simply defected to ISIS with American armaments," he added.

During the interview, the Russian president also said that his speech at the UN General Assembly would be focused on Russia's vision of international relations, the future of the international community, as well as the struggle against terrorism and the Islamic State terror organization.