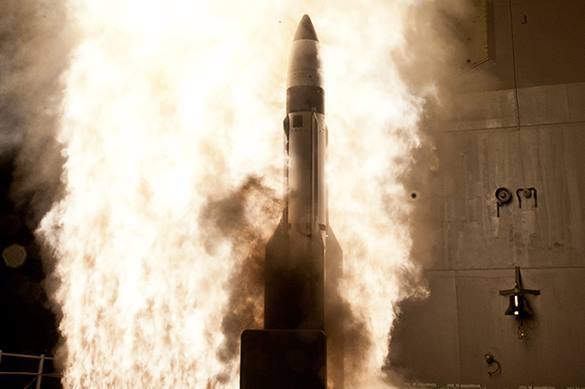 Putin said at the opening of the international military-technical forum "Army 2015" that the new missiles would be capable of overcoming any, even most technically advanced missile defense systems.

According to the Russian President, Russia "was paying and will be paying special attention to the implementation of a large-scale state program of armaments and modernization of the defense complex."

President Putin also said that Russia would build two new radar hubs. In April, the works on the project were launched in the town of Armavir. The tests of the new radar hub to detect beyond-the-horizon air targets will be conducted in the next coming months.  The hubs will be built both for western and eastern strategic direction.

Meanwhile, the Russian army started receiving first units of armored vehicles on standardized platforms, the combat capabilities of which have no analogues in the world. It goes about such military vehicles as Armata, Kurganets, Boomerang, as well as self-propelled Coalition SV vehicles.

As part of the "Army 2015" military forum, participants discussed prospects of the Russian defense industry, production of new weapons and modernization of the Russian Armed Forces. The Russian president stressed out that by 2020, Russia's military arsenal would be replenished with state-of-the-art models of military hardware.

Noteworthy, Russia's Nevsky Design Bureau has developed a project of a new amphibious assault ship that is said to replace the French Mistrals.

"The versatile amphibious ship by the Nevsky Design Bureau, known as the Priboi project, with a displacement of 14,000 tons, will be able to carry up to eight Ka-52K and Ka-27 helicopters. Its construction is scheduled to begin next year," a source from the defense industry said on conditions of anonymity.

According to the source, the Priboi ship will be armed with Pantsir-M anti-aircraft complex. The vessel will be able to carry up to 500 paratroopers and about 40-60 units of hardware. The ship will be 25 meters wide and 165 meters long.

Pravda.Ru has reported before that Paris refused to deliver two Mistral type helicopter carries to Russia because of political disagreement that appeared as a result of the Ukrainian crisis. The contract is worth 1.2 billion euros. Under the terms of the contract, France will have to pay a penalty in the amount of 10 billion euros. During most recent negotiations, French representatives offered Russia to "forget" about the Mistral ships for 785 million euros.