Do they care a bit about orphaned children?

The spring session of the State Duma started on Thursday. In the very beginning of the session a bill proposing to lift the ban on adoptions of Russian children by American citizens was introduced. This does not mean the abolition of the "Law of Dima Yakovlev," but only one of its articles. Does this mean that other articles of the bill do not raise any questions? 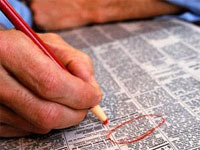 One of the authors of the bill is the deputy of the faction "Just Russia" Dmitry Gudkov. He believes that the entire law is questionable. "But in order to be legally precise, we have prepared a draft law on the basis of a petition of Novaya Gazeta. The petition talks about a repeal of amendment ten that established the ban on adoption by the US citizens. We even wrote in the notes that the bill was prepared based on the will of citizens and the petition of Novaya Gazeta addressed to the State Duma," Dmitry Gudkov explained the lack of interest in other articles of the law.

According to him, if real mass protests occur, there is a small chance to cancel the article of the law that bans adoption. As for the abolition of the law in general, the MP is convinced that this would not be possible.

"We identified our position when we voted against the law in its entirety," Dmitry Gudkov told "Pravda.Ru."

According to the law, Russia would deny entry to citizens of the United States involved in the violation of fundamental human rights and freedoms. This applies to those who committed crime (or were involved in it) against the Russian citizens living abroad. Sanctions also apply to American judges who rendered unjust sentences against Russian citizens.

The financial and other assets of U.S. citizens (their names would be entered into a special list) would be arrested.

In addition, the activity of non-profit organizations engaged in political activities and receiving financial and other assistance from the U.S. will be suspended. United States citizens are also banned from holding senior positions in Russian NGOs. This ban extends to branches of international NGOs.

State Duma deputy from the LDPR Elena Afanasyeva (a co-author of the amendment banning adoptions), commenting on the initiative of her colleagues, said that the State Duma would consider it. "Every member has the right to a (legislative) initiative. But the initiative needs to be logical and truthful," Afanasyeva told "Pravda.Ru."

"You know, I have only one feeling. What happened on Sunday ... The people who came to this square were misled by the leaders of the opposition," she said, referring to a protest rally held on January 13th in Moscow.

"Do you think they are interested in the issues of orphans? In this case they should propose something. They have no proposals. They gathered a crowd against the ban on adoption to America. What have they done to provide for a better life for orphans here?" said Afanasyeva.

"They should propose other options. They also have a right to vote. Dmitry Gudkov, Ilya Ponomarev are here. They should be proposing programs, laws. But all their initiatives are the rejection of the existing ones," she said. .

420 deputies of the four parliamentary factions voted for the adoption of the "Law of Dima Yakovlev" in the third and final reading on December 21st. Eight people voted against, one abstained.

17:05
Mirror: Putin's warnings about Sarmat are not exaggerated
16:38
Russian Defense Ministry reveals where Ukrainian army suffers greatest losses
16:24
Relations between Russia and Japan tumble down to zero
16:02
Expert explains why Russia withdraws troops from Snake Island
15:58
DPR may not execute British mercenaries
15:55
ASOS in its latest update mocks Russians because of the sanctions
15:23
Finnish FM: Trust between Moscow and the EU will be restored
14:40
Inflation in Italy reached its highest level in 36 years in June
13:35
Spiegel: Germany demands Lithuania to lift the ban on transit to Kaliningrad
12:29
Henry Kissinger: There are three possible outcomes of the Ukraine crisis
World
Putin answers to Ukrainian's HIMARS with Sarmat and S-500