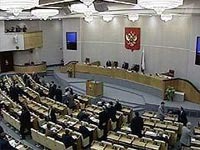 The new amendments will give an opportunity to take administrative and economic measures against those who become involved in violating the rights of Russian citizens abroad. To put it in a nutshell, those people will not be allowed to enter Russia. Their accounts in Russian banks can also be arrested.

The new regulations were approved to defend the citizens of the Russian Federation, who found themselves abroad in a difficult situation created by certain actions (or inaction) of empowered citizens of the country of stay.

The essence of the bill is as follows: the foreigners empowered with authorities of their state, who caused material or moral damage to a Russian citizen abroad, can be barred from entering Russia. His or her accounts in Russian banks or their subsidiaries can be arrested. It goes about the creation of black lists, which, in case with the USA, stipulate criminal persecution for a person no matter in which country he or she might be staying. This is what happened to Viktor Bout and Konstantin Yaroshenko. These two names were mentioned in the explanatory note for the bill as examples of the Russian people, whose rights were violated by US justice.

The document also mentioned the name of Alexander Kashin - a resident of Vladivostok, who was run over in 1998 by the car of the US Consul General in the Far East of Russia, Douglas Kent. The Russian man suffered spinal injuries and was paralyzed as a result of the accident. However, the criminal case against Kent was closed because of his diplomatic immunity. The diplomat was called off from Russia. Kashin has been trying to receive a compensation from the USA in connection with his injury for 12 years, although to no avail.

The black lists will be formed by deputies of the State Duma and senators of the Russian Federation, as well as by regional parliaments.

It appears that this is one of the few relatively efficient mechanisms of legal and diplomatic protection for those Russians who found themselves under the pressure of foreign law-enforcement agencies.

"If we talk about the protection of people's right abroad, it is possible to use such measures indeed. If the rights of Russian citizens are infringed upon abroad, a country has a right to use preventive measures in return," lawyer Anatoly Kucherena told RIA Novosti.