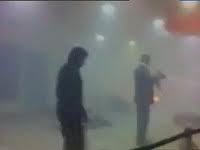 The person, who conducted the explosion in Moscow's Domodedovo Airport has been identified. He was a 20-year-old native of one of the republics of North Caucasus. The bomber's name has not been exposed to the public.

"The terrorist has been identified, we know his name, but we can not expose it due to certain circumstances. The investigation has not been completed yet: efforts are being taken to identify and detect the organizers and associates of the terrorist act," Vladimir Markin, an official spokesman for the Investigation Committee of the Russian Federation told Interfax.

According to Markin, the terrorist act in Domodedovo has been disclosed by investigators of the Principal Investigation Department of the Committee in cooperation with FSB and Interior Ministry officers.

The terrorist act, Markin added, was conducted in the arrivals zone of the airport to target foreign nationals, first and foremost. The official did not name either the organizer of the explosion or anyone from the terrorist group which plotted the bombing.

The suicide bomber could have been exploded remotely. The explosive mechanism included a cell phone, the fragments of which were found near the bomber's remains.

The explosive device, experts said, was not placed in the terrorist's bag: it was attached to his body. According to preliminary information, it was a plastic-based explosive with metal beads and screws in it. The device looked like a boxing champion's belt; the terrorist was wearing it underneath his jacket.

The bomb could be detonated with the use of two different ways. It could be activated either through the mechanical locking (with the help of a button), or through a call from a cell phone, which was included in the circuit of the explosive device. Boards and pieces of the phone were found at the scene of the terrorist act.

Most likely, the suicide bomber was exploded remotely, by his associate, Russian news agencies report. According to eyewitnesses, the bomb blew up ten or fifteen minutes after the terrorist came to the arrivals zone.

The terrorist, whom eyewitnesses described as a male dressed in a black jacket and a hat, was nervously walking along the hall, approaching the crowd of welcomers. It is not ruled out that the bomber's associate used the remote control when he or she saw that the terrorist would not be able to press the button himself.

The police originally believed that the terrorist's name was Vitaly Razdobudko - a resident of Russia's Stavropol region, a follower of Wahhabism. Razdobudko disappeared in the fall of 2010 and since then had been considered as missing. However, a source at law-enforcement authorities told RIA Novosti news agency Friday, Jan. 28, that the information was not true to fact. The footage received from one of the surveillance cameras installed at the arrivals zone of the airport showed that it was a completely different person.