Russia may exercise its economic power once it joins WTO 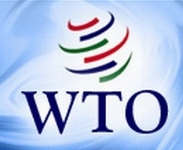 Russia is rushing towards the WTO. The Memorandum of Understanding on the conditions of accession to the World Trade Organization was signed on December 7. The USA and China announced their support of Russia's incorporation in the organization at the end of last week too. In Russia, experts still split in their opinions about the advantages of the WTO membership.

Russia has been striving for the WTO membership for 17 years already. The talks with the USA, the EU and China were most complicated. The USA signed the protocol on Russia's incorporation in the WTO in November 2006. In October 2010, Russia settled all moot questions with China, which made Russian Finance Minister Kudrin believe that Russia would join the WTO in the summer of 2010.

Officials representing the Chinese foreign department stated that the WTO membership would give Russia an opportunity to enter a new level in the field of foreign trade.

The European Union remained the only obstacle for Russia. John Clancy, trade spokesman at the European Commission, the EU's executive arm, said that "the EU is satisfied with the outcome achieved in this negotiation with regard to long-standing issues of Russia's applied export duties and railway fees."

Moscow is now ready to cut the export duty on timber from 25 to 15 percent, but it will happen only after Russia becomes a WTO member. The EU also agreed that Russia's customs union with Kazakhstan and Belarus was not an obstacle for the WTO membership.

However, Russia's stance on several issues raises concerns with European officials. The WTO is incapable of changing the politics of a WTO member, whereas Russia, they believe, can successfully oppose to certain requirements of the organization.

Fredrik Erixon of the European Centre for International Political Economy said that Russia's membership would complicate such WTO talks as Doha Development Round. Russia, Erixon believes, will become a part of the protectionist wing of the organization. Afterwards, the official added, Russia would start expressing its influence in relevant fields of the trade.

Therefore, European officials indicate that there are certain opportunities to defend national interests even within WTO's restrictions. This opportunity is especially important for Russia taking into consideration the country's dependence on the export of fuel and the necessity to diversify its own economy.

At the same time, as Mr. Erixon pointed out, many influential figures in Russia dislike the idea of putting up with restricting international agreements to compete with foreigners. Now President Medvedev will have "to stand up against oligarchs and his Kremlin colleagues" which can become a hard nut to crack.