On the dignity of Presidency

On the dignity of Presidency 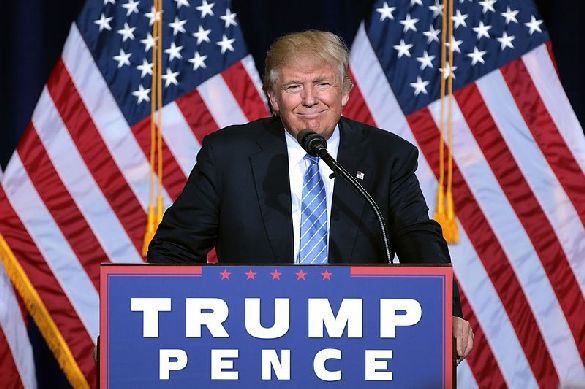 US President Donald Trump can be accused of many things, some tragically wrong like the elimination of Iranian general Soleimani, but none of them contrary to the American constitution. Indeed, until now, The Donald has always respected the constitution he has sworn to defend.

The accusation of being in the payroll of the Kremlin turned out in the end for what it had always been from the beginning: a huge hoax that kept the first Trump administration on hold for at least 3 years and threw mud on some true patriots, first among all Lt.G Michael Flynn who not only risked becoming a guest of American prisons, despite himself and for many years, but also saw his son involved in this tragic farce, used as a decoy by FBI to force his father to confess non-existent crimes.

The way in which these November American elections were held tell us that there was and still there is a political conspiracy, not by Trump or some mysterious Russian hackers against America, but by some important parts of the American establishment against the Republican candidate. It is now evident, in the eyes of those who want to see, that tens of thousands of votes in favour of Trump have been voluntarily "forgotten" or cancelled, thousands or tens of thousands of ballots mailed in have been destroyed while hundreds of thousands have been faked in favour of Joe Biden. The Dominion scandal is spreading slowly, thanks also to the hostile barrage fire of the American and European media, all against the American tycoon. Nevertheless, it is now evident that the software used for the electoral counts "adjusted" the votes in favour of the Democratic candidate. This discovery led a few days ago a US Army tactical team to raid a CIA facility in Frankfurt, Germany, to seize Dominion servers and system logs. All without Gina Haspel's CIA was informed in advance: it is no coincidence, perhaps, that Haspel always opposed and continues to oppose the publication of the list of foreign countries involved in the Russiagate, countries that are all of NATO area.

Donald Trump has a character that clashes with the sensitivity of that part of the American and Western population which is made up of "progressive" snowflakes and pussyboys: The Donald is politically uncorrect, unpleasant, rude, he likes to command and be obeyed. Worst of all, he likes women: he is the typical heterosexual alpha male, who can only be hated by neurotic women and weak males of this our nutritious society that is on its way to decline.

However, these characteristics can only be the justification for not voting him, preferring some other candidate. That is, it is acceptable that a part of the American voters reject Trump for his human characteristics and for his real or alleged political failures and it is acceptable for this part of the American electorate openly manifests its refusal, protests in the streets, signs a different name on the ballot. All of this is part of Democracy as it is commonly understood in the Western world.

On the other hand, electoral cheating, the falsification of votes, the destruction of ballot papers, the use of software and hardware for illicit electoral purposes outside the United States but equally in structures under the jurisdiction of the American government, are not acceptable.

The crowd that protests, even with noisy passion, against a political candidate is called Democracy but associating to change an unwelcome electoral result is called a scam. In this case, it is "conspiracy against the American government".

I believe I am right when I think that there is a one-way ticket to Guantanamo waiting for some of those, American or otherwise, who have participated in this disgusting and demeaning conspiracy. They could find themselves spending horrific years in a prison with sinister reputation.

The acceptance of the electoral scam by the American Democratic electorate, its justification, even its defence, on the other hand shows how low a large part of "us, the people" has fallen.

The presidential office has its own intrinsic dignity and authority, in America as in all other countries of the world. Trying to obtain it by deceit should always mean exposing oneself to ridicule and reprobation as well as the certainty of punishment. Being able to obtain it by deception means undermining the dignity and authority of the President because the whole world would know that the one in charge is nothing more than a vulgar swindler or, worse, the puppet that others pull the strings of. A pragmatic approach would ensure that the countries of the world continue their relations with the United States of Joe Biden but what is not said openly in public can be remembered in confidential talks and negotiations.

If the deception against Donald Trump were successful, the damage would spill not only on Joe Biden and Kamala Harris but also on the presidents who follow them, exposing every presidential candidate to possible deceptions by those who can use such dishonest systems.

Why the forces against Trump?

If it's just a matter of dislike, why this powerful deployment of forces against Donald Trump? Many think that anyone can become president of the United States but it is a wrong idea. Anyone can try to become president, but whoever becomes president is actually someone who is close to the deep mechanisms of power because for many years he has attended the right circles and the right people. Therefore, he or she is someone who knows the hidden gears and knows how the establishment works.

Such a person cannot be alone but must necessarily be part of a political group, of a political spectrum, which provides him or her with help, advice and protection.

As the situation evolved until now, I am sure that Donald Trump is the frontrunner of that group of patriotic Americans, men and women, who, while never being against the traditional US expansionist policy, have been horrified by the inside job of Sept. 11. This group of people finally managed to bring their candidate to the White House, after years of opposition (apparent defeat) to the messianic-globalist project of neocons and their allies.

Trump's America is not only in economic crisis due to the offshoring of many productive activities whose disappearance has impoverished the country. It is also an America hit by a deep social crisis due to the too many minorities living within its borders, often illegally and thus becoming easy prey for exploitation. It is a military over-extended America, with a military / security complex that devours resources triggered by an insatiable hunger. It is an America that no longer has the glue of widespread patriotism and WASP culture but, on the contrary, is subjected to the destructive thrusts of gender theory, politically correct led to exasperation, absurd claims by aggressive minorities, cancel culture, feminism that wants both abortion in the ninth month of pregnancy and men giving up their natural virility in homage to a false equality with women.

As Monsignor Viganò rightly writes in his last letter to President Trump, "the other side" is the standard bearer of the ideas of the New World Order and the Great Reset, achieved at the cost of countless human lives deliberately underestimated in their value. Moreover, what "the other side" fears is not so much a Nuremberg on American soil (unthinkable in its naivety) as the destruction of its messianic-globalist project, indeed already self-destructive in its consequences on peoples and countries. The nightmare of some minds is the undoing of this attempt to redesign American society and the whole world: the frightening (small) reset to a more traditional and stable status quo, which would perhaps be accompanied by scores of unexpected suicides, strange but deadly domestic or road accidents, mysterious disappearances, sudden illnesses with a fatal outcome.

"The other side" knows that it does not have to fear anything from a direct justice, which at most would strike small fish and expendable players. What scares the hell out of some people is rather being exposed to an indirect justice, which puts an end to their plans once and for all, given that all of those people are so old that they deserve the nickname of gerontocracy.

Donald Trump's defeat could therefore result in the defeat if not of an ideally righteous America, at least of an America more acceptable and decent than the one that wants to return to the White House.