The European election results clearly incline to a nationalist and anti-EU establishment line, as numbers show: in France Marine Le Pen's National Front (RN) surpassed Macron of over 1%; in the UK Nigel Farage's Brexit party had a stunning victory with a 31% while in Italy Matteo Salvini's Lega party confirmed itself as the first political force in Italy reaching an amazing 34%. These results add up with the "eastern wind" coming from Hungary, Austria and Poland, countries where the nationalist parties came out as winners, especially Orban's Fidesz as the party gained a 52.33%, leaving the pro-EU Coalition way behind with a 16.19%. 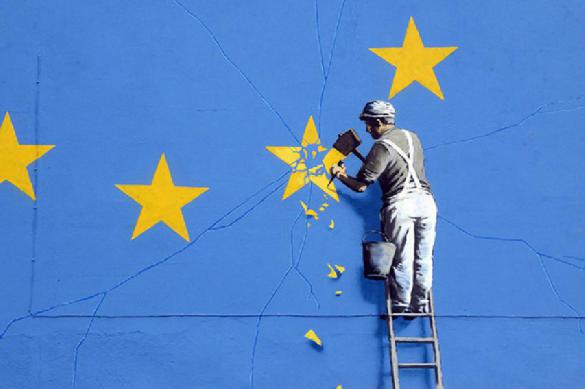 A surprise? Not really. In fact many do believe that things could not have been otherwise since the old "technocratic" block had become distant from the real daily-life needs of the people. Politicians in Brussels are often perceived as living in a different "dimension", unaware of people's real issues.

The European Union's rhetoric based on common ethical and political values remained a theory that never found a practical outcome and the best example is the immigration crisis as the EU never found a shared political line to face the emergency.

Same exact problem with foreign politics in the war-torn Middle East and North Africa, as each country pursued its own interests based on specific strategic aims and Libya is a great example as Italy, France and the UK all have different agendas there.

The economic situation is no exception as it is a common perspective among many EU citizens, especially in the southern part of Europe, that life was far more affordable before the Euro.

Overall it can be stated that today many Europeans tend to perceive Europe more as a problem rather than an opportunity for better life conditions.

Claiming that the pro-EU political forces are still strong and the nationalists are marginal in Europe means willingly wanting to avoid seeing a clear and present problem; this type of behavior will only lead to a further nationalist consent in future elections.

Matteo Salvini's victory in Italy is a very interesting example as his success is mainly due to a series of elements, first of all the fact that he actually did what he had promised during the electoral campaign; something not so obvious in Italian politics where words often do not lead to practical actions.

Covering the position of Minister of Interior, Matteo Salvini's first priority was security as he was well aware that the massive and uncontrolled immigration from Africa generated a peak of delinquency within Italy and it even caused the risk of jihadist infiltration through the immigration flow, as plenty of cases have shown.

Since the previous governments did not show any intention of actively putting a stop to the departures from the Libyan coasts, as soon as Salvini was elected last year, he immediately proceeded with the "closed-ports" policy which had a positive effect as the arrivals of illegal flows drastically reduced and expulsions increased.

In order to put such a policy into action, Salvini had to confront a very violent political and ideological offensive, a series of judicial initiatives perpetrated against him by some Italian prosecutors and plenty of threats coming from different parts.

Additionally, even the Vatican attacked Salvini's "closed ports" policy and some clergy members even stigmatized such measures as "anti-Christian"; a clear interference in another country's internal matters.

However, this "all against one" strategy only brought more consent to Salvini's Lega party and that's all in the numbers as it went from last year's 17% in the national elections to a 34% in the current European elections.

On the other hand, the political party Movimento 5 Stelle (M5S), which is currently in power together with Lega, had a disastrous outcome as it dropped from last year's 32% to a current 17%.

A defeat that can be attributed to many factors, but the most important can be related to its ambiguity in relation to the political agenda that was supposed to have been implemented after the deal signed last year between Salvini and M5S's leader, Luigi Di Maio, such as the "closed ports" political line which found some obstruction inside M5S.

In addition, during the EU electoral campaign, M5S strongly attacked Salvini; an electoral move that paralyzed the political agenda in a phase when Italy needed quick reforms, something that the Italian people did not appreciate.

The point is that M5S is not a political party, but rather a "movement" with different political and ideological mindsets, a peculiarity which makes it unstable.

Now the power relation between Lega and M5S have drastically changed as Salvini's party is now the one with the big numbers and this situation will clearly have an impact in the upcoming months.