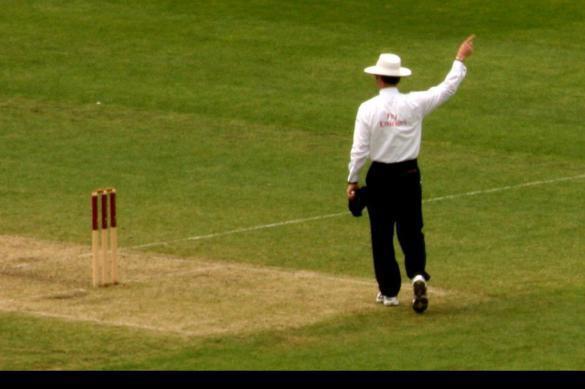 England has a mental illness, it is called Russophobia and stragely this disease has proven to be contagious among the UK's soon-to-be former EU partners

As a rule, Russians could not care less about Britain, considering it a former imperialist country which committed massacres, destroyed countless countries by drawing lines on maps and shooting natives with machine guns, calling these brazen acts of cowardice tales of military glory; they consider that Britain created half the world's problems today by interfering, invading and then creating artificial imbalances yesterday by elevating the second most powerful people or tribe or group to a position of prominence it would never have held, then keeping it in power through obedience, while it civilized the local population with the Bible and the Bullet.

At best, for most Russians, mention of Britain causes a derisory sniff and its people a sneer of disapproval, considered as they are barbarians, uncultured and unable even to speak or write their own language properly, curled up giggling on the sofa at the mention of farts, which today seems to be a national obsession, traveling around in trains knee-deep in filth, boarding them at railway stations which look as though the residents of every pigsty in the vicinity has been let loose after a triple dose of laxatives and peering through murky windows with such expressions of wisdom as "Sarah shits", and by the smell emanating from the sea of litter on the floor, it appears that Sarah does indeed. And has. They do not bother to learn foreign languages as a rule, mainly because they cannot get through their heads that not everyone likes greasy fish and chips or luke warm beer and because they are too damned arrogant and shit-headed to even try.

But this is not a true picture of what Britain is or the British are. There are also quite a few Russians who like England and the English and who find the Scots quaint, the Welsh interesting and the Irish, sexy. Yeah, I know... This is because there is a veneer in England which covers the stench which I described above and it is this veneer that Russians like. In every Russian city, and not only in Moscow, you will find fans of Dickens and encounter individuals whose own lifestyles today seem to have time-warped into Russia from a nineteenth-century English village. Their English language will be perfect, with a crisp accent, native speaker collocations, perfect grammar and illustrative vocabulary.

These Russians enjoy drinking tea properly at Harrod's, stirring it evenly in circles rather than making a dreadful noise clanking the spoon against the cup and shaking it dry rather than tapping it against the sides, then sipping the liquid slowly rather than slurping it like a pig. They appreciate the controlled idiocy of the game of cricket, with a manic bowling movement, legs thrashing around and arms flailing in a short run-up to the delivery of the ball and they chortle affectionately at the spectators, wheeled out of the eighteenth century with white moustaches, blazers, and standing at gravity-defying angles with glasses of Gin and It in their hands, talking about Nyasaland and Malaya and other former colonial outposts and custard apples and mango plantations and sugar cane.

So long as the veneer holds, these more visible Englishmen and women are the ambassadors for their country and they present a positive external image. Just occasionally, the sun shines in England, the veneer chaps and all Hell breaks loose. The entire country descends into utter idiocy, people who are usually polite and civilized become rude and churlish, always xenophobic and principally, Russophobic.

Now every English lake or pond or forest has a bottomless cave, a monster, a ghost or some sort of misty love story involving a maiden who committed suicide and turned into a swan and appears on Friday nights when people are walking home from the pub bawling obscenities and hurling glasses through old ladies' windows. This time, the Russian monster revisits.

It's big, it's bad and it's fearsome. Some say it has three heads, others that it is a ten-breasted banshee, others even that it is a goatsucker with four testicles, three penises and a vagina in the middle of its head.

And here we go again. The Russians are coming, reds under the beds, the whole place has been cloaked with bedlam and madness. It is like traveling back one thousand years in history to any month of July, when the new cereals had not yet been harvested and the old ones in store had run out, so people used the seeds of wild plants to make bread and some of these were hallucinogenic, so visit England in the year 1000 and you would have seen the entire population tripped out. Let us travel back to 2018 and listen to the ramblings of some of these weird creatures.

The Russians did it! No they did, seriously! Well they must have done, the people murdered were Russians, weren't they? So it was Putin, wasn't it? And the Kremlin. It wasn't the Dutch, was it? No, well there you go then. It wasn't the Americans or China, so that's it then, who else could it be? The Isle of Wight? Well it's highly likely it was them anyway. It may not have been on purpose, they may have lost control over some of the chemicals, but then again that means it's their fault doesn't it? Unless it wasn't produced in Russia of course, I mean I saw a report that it could be produced anywhere relatively easily and of course we don't know what it is yet do we? I mean the Prime Minister must be intelligent because after twenty minutes he concluded (whisper from offstage left) Wha'? He's a she? The Prime Minister is a woman you mean? Cor blimey whatever next? Anyways, she concluded it was the Russians and these inspectors say it will take weeks in multiple laboratories to identify it. So er...yeah.....yeah....what means the Prime Minister is more intelligint than wot them instectors is, innit?

And that, ladies and gentlemen, is the conclusive evidence that Vladimir Putin, the Kremlin and Russia ordered the attack on a Russian citizen who was visiting her father and never harmed a fly and her father, an out-of-date double agent who had not visited Russia in over a decade. It is the same conclusive evidence that linked Russia to election interference in the USA. Strange how the names Cambridge Analitica and Mark Zuckerberg keep popping up, I never knew they were secret Russians. And remember Iraq? The conclusive evidence that Saddam Hussein was producing chemical weapons in a milk factory and was procuring yellowcake uranium through documents falsified by western intelligence agencies?

And so the entire British Establishment has seen the veneer crack and the crud lying beneath the surface seems to have flooded the House of Commons, you know that place where there were stories of children being raped then someone lost the papers, eh what?  The place where people get drunk and slumber snoring quietly on the backbenches during sleepy debates on Cornwall's independence, and occasionally when the place is full they bray like donkeys and call each other Right Honorable Friend while trading insults and spending thousands of pounds of taxpayers' money on garden gnomes. We have a Prime Minister snarling like a she-dog on heat, we have a defense secretary fookin' makin' fookin' quips, like, tellin' Rooshia ta fookin' shurrup an' go a fookin' way in his best Yorkshire accent (shudder) and we have a foreign secretary apparently comparing Putin to Hitler. In good times, beings such as Boris Johnson provoke a fond smile of acceptance of the Great British Eccentric, the type of person who lies in a coffin dressed as a bride with a carrot rammed up his anatomy with the slogan scrawled in lipstick on the coffin lid "Feeling a bit stuck up, what", and a stupid expression on his face.

That a foreign secretary should make such insinuations, if he did, describes the UK today in 2018. The EU partners behind the scenes are muttering "You wanted Brexit, go screw yourselves" but there will always be elements in countries with Fascist tendencies willing to punish Russia for developing the countries which had climbed into bed with Hitler and providing public services where there were none. Google up my piece Baltic States and Revisionism.

In conclusion, where has the civilized Englishman and woman gone? The entire country has descended into a haranging mob of woad-covered barbaric savages hurling insults at non-existent monsters and demons. But it isn't July yet. There is not to date a shred of evidence linking the Kremlin to the Skripal affair and let us take advantage of the space to express how unacceptable it is that two people can be attacked in public in this way, endangering the lives of a policeman and members of the public. Nobody anywhere who is civilized condones such an affair, however, how many assassination attempts have the British authorities and their allies been involved in? Skulduggery, the world of spies, is a niche in society which is hidden and should remain so. We do not know what they do and we are not supposed to know. When people get it wrong, bring spy-life into real life, over-react and try to find ways of punishing Russia because it dares to stand up to the west, the result is what we see.

Russia did not invade Iraq. Russia did not destroy Libya and leave it a failed state crawling with terrorists. Russia is killing terrorists in Syria not arming them. Russia did not invade Georgia, Georgia started it. Russia did not invade Crimea, Crimea is Russia. How can you invade yourself and anyway what about the referendum? Democracy is a tool used by the West but not always respected. In short, a Russophobic bunch of hypocrites has appeared in the UK and is infecting the rest of Europe, you know that continent which practised slavery and murdered millions of people through imperialist massacres.

It is saddening to see western Europe caught up in an attack of hysteria and to see foreign ministries acting like adolescents, with some exceptions, notably Portugal, which limited itself to stating that the assassination attempt was utterly unacceptable and that the authors of the attack should be held responsible. A sensible, civilized and coherent position and a mature one, with which any intelligent person would agree. Perhaps Boris Johnson should jet off to Lisbon, shut up for three minutes and learn from his Portuguese counterpart.