We have a dream. We have a dream in which Humankind can live as brothers and sisters around our common lake, the seas, a dream in which crises are discussed and solved at the discussion table, in which terrorism ceases to exist, a world which is clean and unpolluted where we respect Nature and the planet's other inhabitants. 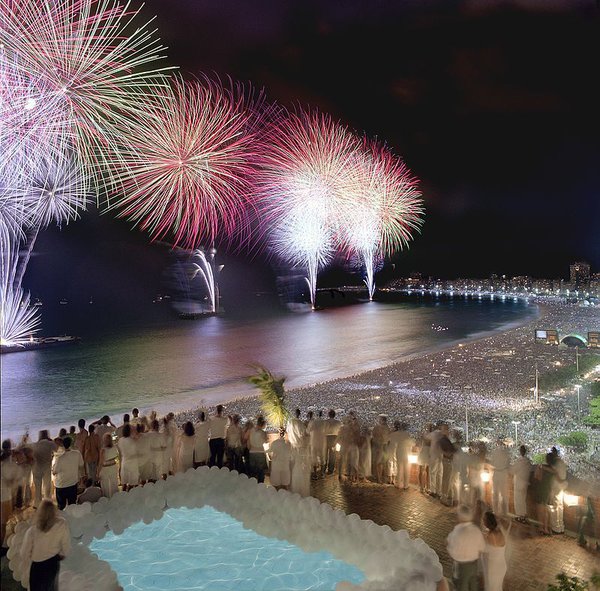 That is our common dream and that should be our goal and every individual or group working against these ideals should be stopped in their tracks because there is no place for them here on Planet Earth 2018.

The world around us has become a horrible place. It is polluted from the bottom of our oceans to space, the forests are being cut down or replaced with species which produce palm oil or fast-growing timber; encroachment by humans is devastating the habitat of animals which have earned the right to their homes through thousands of years of occupation. Most people dare not step off an aircraft in a growing number of countries, where they are received with white-knuckled, seething hatred because others have disrespected their culture. Countries with complex societies which coexisted for hundreds of years, if not thousands, have been blasted back to the Dark Ages (e.g. Libya) by a nasty clique of western nations spear-headed by the USA (who else?) who claim the right to place or remove leaders of sovereign nations as they did during their disgusting era of imperialism and slavery.

These same nations either openly disrespect the United Nations Organization and its Charter, which they signed (e.g. Iraq) or else cynically manipulate its mandates in spectacular mission creeps (e.g. UNSC Resolutions 1970 and 1973 -2011, in Libya) and they perform the most shocking and barbaric acts of terrorism, interference and intrusion overseas.

What is worse, they do so with impunity. Cameron, Sarkozy and Obama/Clinton destroyed Libya and transformed the nation with the highest Human Development Index in Africa into a failed state crawling with terrorists. These three are directly responsible for the mess that country is today and for the plight of ordinary Libyans who fear for their lives when going out to buy a loaf of bread yet are they in prison? Have they ever been in a courtroom accused of their crimes? No, they are lording it up, totally free from prosecution, getting paid handsomely to give speeches and acting as if they were Senators with anything useful to say. Due legal process does not apply to leaders of western countries.

Then the same countries twist and manipulate the laws, lying when it suits them, their foreign affairs ministers inventing puerile accusations against Russia, examples of which were spectacularly provided recently by the British Prime Minister Theresa May who accused Russia of "illegally occupying" Crimea, when the entire process was conducted under the letter of the law by the Assembly of the Republic of Crimea after the President of Ukraine was illegally ousted in a coup carried out by Fascists; and another example was provided by what some sectors of Russian society labelled the Red Clown, namely the British Foreign Secretary Boris Johnson, who accused Russia of interfering in the British elections.

With what shred of evidence?

Foreign Ministers are supposed to build bridges and mend fences, not insult other nations and their leaders in textbook examples of sheer insolence and barefaced shameless lies while Prime Ministers are in fact the Ambassadors of their countries and are expected to behave in a ladylike fashion, or as gentlemen, not as po-faced guttersnipes bawling obscenities while under the influence.

The same clique lead and bully the international community to take ever-more aggressive stances against Russia, imposing sanctions and banning athletes from international competitions, spending more time and effort on negative punitive acts than on bridge building and fence mending when they are the ones who destroy fences and bomb bridges. They are the ones using military equipment against civilian structures. And their own athletes get off scot-free when caught using steroids because they cannot concentrate in the classroom or because they are world-class sportsmen with asthma.

In our dream, nations live side by side as brothers and sisters sharing resources and helping one another. Name me one century in recent history in which at least one of the nations I mention above has not been at war with someone. Just one. How many nations has the USA bombed since its classic twin atomic terrorist attack in 1945?

So supposing for 2018 we stated collectively that we do have a dream and we demand action, and absence of action is going to have consequences for our elected representatives? These are accountable through their recent voting records and they can be deselected or selected according to their policies; from our part we can monitor how they vote and bring issues onto the political agenda.

Breaking windows and threatening people on Internet platforms is not going to make the slightest difference. This world belongs to YOU. Take it back in 2018. There are dreams we all have, let's bring them on, using the perfectly legal mechanisms at our disposal.

Author`s name Timothy Bancroft-Hinchey
*
18:54
Ukrainian soldier uses chainsaw and fire to release US howitzer from ice trap
18:30
Onet: Ukraine will lose in six months due to shell shortage
17:36
Russian troops defeat Ukrainian troops in Zaporizhzhia region
14:50
Number of foreign mercenaries in Ukraine continues growing
14:17
Russians buy more than 50 tons of gold in 2022
13:57
Russia will not talk to Ukraine. Russia will talk to the West
13:34
USA's plan to give 20 percent of Ukraine for peace hoax
12:51
Medvedev: Ukraine as a state to be devastated, go bankrupt and be turned into colony
19:57
Russia will use all of its military potential to counter Western arms supplies to Kyiv
18:34
Biden changing strategy on Ukraine to reach diplomatic solution with Russia
The West prepares army to invade Russia