Should Russian athletes go to non-Olympic Games in South Korea?

I am sorry for our athletes, Russia and the Olympic movement. 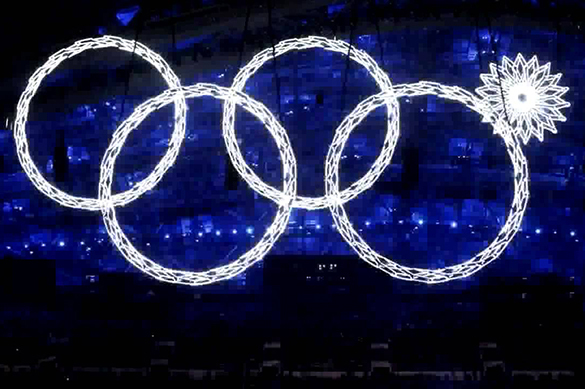 The decision of the IOC to ban the largest team of the world from Winter Olympic Games is so monstrous and subjective, it makes me want to believe that the obvious absurdity of the decision will give a wake up call to all those people who know how to think.

The hope is small, though, but even most powerful media outlets of the world can not lie to the whole planet for good. Enlightenment will come some day.

The ban on Russia's flag at the 2018 Olympic Games comes as a response to Sochi, Crimea, Syria and many other things that frighten our Western "partners."

Officials at the US State Department must have opened a bottle of champagne yesterday to celebrate: the agenda was a success.

The Olympic movement is in a state of agony, but they will come to realize it later. The movement itself does not bother anyone really, unless it comes to revenues from television broadcasts. Athletes will skate and ski, and the audience will clap, rejoice and consume popcorn.

Drawing conclusions about the exclusion of the world's largest country and a lifetime ban to attend the Olympics for Russian officials just because of the diaries written by one person only is a mental issue. After all, memories and impressions are always subjective.

I would like to know how many calls IOC officials had received from above and all other directions before they made their fateful decision about the Winter Olympics. Yet, our team had been doomed long before today.

All this reminds me of fascist Germany. The neutral flag for "clean" athletes is like a yellow star on the chest. Our athletes, if they take part in 2018 Winter Games on such terms and become athletes without name and country, will go to South Korea to dishonor themselves and entertain the public - they will not go there to win. Well, they will also help TV channels earn money.

The biggest intrigue of the upcoming Games will be to insult new champions, who, as it was the case in Rio, will turn out to be "disabled" individuals who suffer from serious illnesses and have to take strong drugs to enhance coordination of movements and endurance.

Some people in Russia believe that Russia must go to South Korea, because Russia will be banned from three Olympic competitions in the future as well.

Strangely enough, it reminds me of the topic of Russia's food embargo. When Russia banned imports of foreign cheeses, many in the country started moaning about the fact that countersanctions would deprive them of Parmesan cheese. Now they are moaning again: how can we cast aside four years of training and all? How can the rest of the world do without Russian champions? Why can't they understand that Russia is great?

They will understand it - not officials, but viewers, athletes and people of the world. Of course, some will never understand it, but their number will be decreasing steadily, as other absurd decisions are to be made at the climax of anti-Russian hysteria.

If Russian officials had taken prompt effort to arrange large-scale international sports competitions in Russia, I am sure that many athletes would have come here from other countries, including from the countries that started all this mess.

As for Mr. Rodchenkov. he said that he was quite satisfied with the decision of the IOC. I wonder how this person can sleep at night. He must be proud of his lifetime achievement: Grigory Rodchenkov will go down in history as a pawn, who has ruined the lives of so many people.

I am convinced, though, that sport will survive in Russia despite everything, and our athletes will only become stronger after such a blow. What doesn't kill us, makes us stronger. Those idiots will not kill us for sure because they don't have the guts for it.