Freedom of Expression: Just How Much Is Too Much?

Article 19, of the Indian Constitution guarantees to all its citizens, the freedom of speech and expression. Oops! Am I defining limits? Then I must be wrong! Because each and every citizen of India, expressing his or her point of view vociferously in a globalist, post post-modernist, social media turn of age hardly cares about boundaries. In a world which welcomes cultural intermingling, isn't it an absolute pleasure to secure culture annihilation, so that the so called "intermingling" would be nothing more but a domination of some powercentric maniac mindsets who target a culture only and only with one agenda-domination and control! 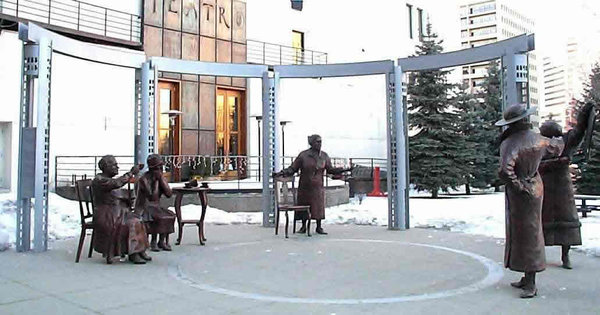 This, exactly is the current situation in India, which now and then boils over cultural potboilers. The more 'liberal' of Indians, frantically contesting the right to cultural annihilation because they feel that the material being dealt with is plain and simple, not history...its mythology-something that never existed and even if it did, only as a part of some oral literature of written narratives. Now, this applies to all forms of literature. Right from such books and all such films and more, even the Medium itself!(and yes, the media is no exception to this)

With all due apologies to such liberals, right at the outset,I would like to beg about my own strong sympathies being in the other direction. And I have my reasons. Generally speaking, to an educated mind in the right earnest, religions  don't exist  for their ownselves. They exist only because they form a pathway to reach the Spirit. But in so much as, we humans, use them as tools of power politics on this earth, that we inhabit, the same religions that teach peace become a battleground for hatred and animosity. Literature too ( in all its myriad formats) forms a part of religion as much as religion is a part of culture. Of course, the definitions of culture may differ, but the one thing that remains is, Culture is what makes us cultured. It is what that tells us that religion is a means and not an end...and that any literature dealing with such issues should be dealt with respect, because it deals with the handling of minds and  the moulding of hearts. No matter, how many versions of the  the Ramayana may have been; no matter how many times the Mahabharata may have been envisioned and re-visioned; no matter how many times the Bible may have been handed down to the masses; no matter how much of all of this may have been done to the Koran...my question is just one...does any of this make these books less respected in our minds and hearts?  For those who do not agree with the sanctity of generations of handed down oral literature/culture I have nothing, but pity. For, these are the people who refuse to accept tradition and attempt to create the future of the world in a vaccum. They invite doom, because their construction is not based upon the right kind of destruction. Their so called construction of a neo-culture has mean power politics at its core. No future can ever be envisioned without a proper embracing of the past.

Consider the recent case of the film "Padmavati" in India. The film, still unreleased has already invited the wrath of the general public to whom the maker of the film has violated the norms of decency, in the portrayal of Queen Padmavati of Rajasthan. Be it known, that, Rajasthan, just like the other states in India has been the repository of a culture and tradition, that has remained the centre of attraction, for people all over the world since ages. Now, the distortion of history in this film( this being the major reason of dissent among the general public in India demanding that the movie be banned) is being done only on the premise(entertained by a handful) that the film does not deal with history in any way. That Queen Padmavati, who committed self immolation, with sixteen thousand women of Rajasthan, after the death of her husband, to escape falling prey to the enemy king, is a piece of fictional creation incorporated into history to create a hollow sense of pride among women as a class, their caste and to sanctify a patriarchy that never had any grounds as such!

All of these arguments on portrayal, take me back to the Aristotelian Poetics...that seminal book on the classic and classical portrayal of human emotions, on stage. Consider the grace, with which Aristotle clearly stated that no scene of violence or any such emotion that upsets the human feelings be shown on the stage. His own reason was simple-the respect and honour due to the erstwhile Greek culture remain upheld. The aftermath of a mind having been influenced by the dramatic representations of passionate emotions were very clear to him. Hence, his stress on sobriety in dramatic portrayals. In the event of the current practices being followed in the field of literary and cinematic productions, which does not hesitate in playing up the passions of the common influenced mind to heightened degrees, I am forced to think that Aristotle with his "banal" theories would , today, be considered a fool. And it was precisely this "boredom" that Mr. Romance stepped in, with all its glorious portrayals. Rules were flouted and emotional easiness was played up with ease. It wasn't difficult anymore to understand that discipline has always been an anathema to debauchery. And whatever, came up in the aftermath of this change a  part of the changing social norms is nobody's guess material these days!

Back to Padamavati, then. For a moment, I agree that the queen was not history. For a moment(and only for a moment) I agree, that the Ramayana was not history. For a moment I agree, that the Bible was not history. So What!? They yet remain a part of the collective conscious, subconscious, and  even the collective unconscious of an ever evolving human life. Not just that,  even as pure  literature that has doubtlessly existed in society, they remain a part of the human culture that is dateless as Time itself....and That makes it History! Just because I close my eyes to the appearance of the Sun in the sky does not mean that he night is forever, and just because I haven't ever beheld my great grandfather does not mean that he never existed! History is not just human beings. History is all art, all literature, all dance, all music, all science, and all Maths that has ever been with Humanity. Then, what are we denying!? The medium of Literature in as much as it takes from History having the fullest right to a creative re-visioning has a greater responsibility of realizing that as much as it takes from history, it , in its own self is on the verge of the creation of another history through a revision and a re-vision. And no society in the human history has flourished without pride in its own identity. The right to freedom of speech and expression is ensured for one's own protection against undue domination, and not handed over as a tool to offend. To me , any attempt at the distortion of the collective memory of a people, is an attempt at destruction without an intention to rebuild. Nobody, to me, devoid of a sense of respect to history can ever get close to the golden portals of history as a part of the future. Our books, our literature and their exalted characters are a way of establishing idealistic standards of human life. They form our identity. In disrespecting it, we disrespect ourselves. Grace begets belief and honour manifests divinity.

I just hope that the material representations of a timeless tradition shall not end up colliding with a temporal change whose walk would serve to regress the glorious presence of humans into monstrous and hideously animalistic tendencies. Consider, that some things create us and the annihilation of what created us can never ensure our survival. Consider, that the total annihilation of boundaries can only be good if we learn to practice mutual respect and that it can be disastrous, otherwise. Consider, that respect is the primal pre requisite of human existence. Consider, that creativity is for progress is a beautiful responsibility and a great power. Consider. Please.