Don't you know that America is Paradise on earth? The streets are paved with gold. Luxury homes and mansions are the only kind of housing. Lavish lifestyles, the best meat and produce, affordable superior health care, and plenty of energy reserves that make the Heavens swoon with jealousy. This is the American dream that we all bought into. 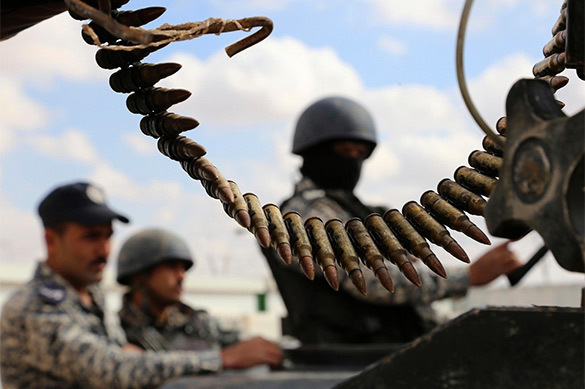 But most Americans wake up to a nightmare every morning and spend the waking hours in a dismal rat race, chasing ninety-nine cents to make a dollar and then see its value drop by the hour.

And it's only going to get worse.

Moreover, Venezuela is the third-largest source of U.S. imports of oil, and it has some of the largest proven oil reserves in the world. In the event that Venezuela defaults on its loan to Rosneft, the Russians would assume control of critical U.S. energy infrastructure.

But the US Congress does not really consider this as a real problem because all America needs to do is impose SANCTIONS!

That's right, good old sanctions just like the old US adage tells us; "If you can't beat 'em, sanction 'em."

You have to wonder why a nation that claims to be one of the largest producers of oil and natural gas products, id est "The Good Ol' US of A", a.k.a. "US Paradise, Inc.", would worry about those puny little oil reserves in Venezuela and Russia.

The Hill Opinion Article was written in part by US Congressman Rep. Jeff Duncan (R-S.C.). But Representative Duncan and his colleagues in the US Congressional Paradise have come up with a new kind of "Super Sanction" for Russia and Venezuela as well.

"Congress has held multiple hearings on the deteriorating crisis in Venezuela, most recently in March. In April, an oversight letter was sent to U.S. Treasury Secretary Steven Mnuchin urging the Committee on Foreign Investment in the U.S. (CFIUS) to immediately review the 2016 Citgo-Rosneft asset transfer.

Treasury responded, and Mnuchin testified before the Senate, acknowledging that the 2016 asset transfer "would be reviewed."

However, CFIUS has yet to conduct the review - even after members in the House and Senate have urged immediate consideration....

U.S. law authorizes CFIUS to review transactions that could result in control of a U.S. business by a foreign person and the implications to U.S. national security. The Citgo-Rosneft deal appears to meet CFIUS's core metrics: (1) the acquirer is controlled by - or acting on behalf of - a foreign government; (2) the deal can affect U.S. national security; and (3) the deal could potentially disrupt interstate commerce...

...to protect U.S. energy interests. A CFIUS review of the Rosneft-Citgo deal is a vital step in that direction."

Look at all the time US Paradise, Inc. has invested in Venezuela, why US CIA agents and their contractors have been going South of the Border Down Venezuela Way for decades. I mean look at how Venezuelans view the death of Hugo Chavez. Only the US CIA could come up with a Mickey laced banana, RIP.

But US Paradise Inc. claims it doesn't need those oil fields in Iraq or Syria either. Yet, Paradise Inc. via its military escapades is already looting plenty of oil from the Near East. Ironically, the average US citizen doesn't get gas that cheap. When one considers a US economy going South of the Border Down Bankruptcy Way, stealing oil and refineries may seem like the most expedient way to forestall economic collapse, but it is the equivalent of International Armed Robbery.

But that's OK too, Congress can also print more funny US money on silly putty and sanction Russia for that too. This of course gives the world the impression of a wealthy US Paradise. But when in doubt on who to blame for anything, "Blame Russia" and then sanction 'em!

Do the denizens of Paradise wonder where all that tax money collected by the US Paradise, Inc.'s Treasury go? Has Secretary Mnuchin been munchin' with his hungry pals in Paradise at the expense of John Q. Public?

The US Paradise's roads aren't well maintained. The educational system and schools are a national disgrace. Mr. and Mrs. America can't walk the streets safely anymore. The Paradise Press keeps the nation misinformed with fake news stories. American health care is in a state of debacle. The Paradise Halls of Justice are now courts of judicial courtesans. Ill will and animosity rule the day and a race war loom on the horizon daily.

But one more option is in the works, "As Venezuelans die on the streets, U.N. Human Rights Council remains mum", Miami Herald. This must be ISIV. "Islamic State In Venezuela". Paradise Inc. better invade Venezuela quickly, for "freedom and democracy ", that is.

Oh, what the hell. Just sanction everybody. Or maybe it's about time US Paradise Inc. sanctions itself.