Making sense out of terrorism 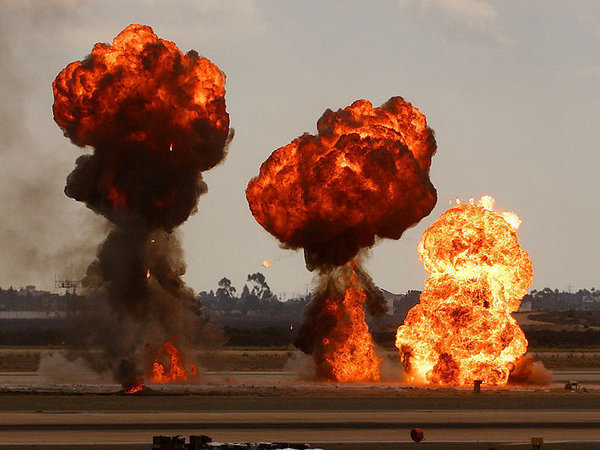 Every generation alive today in the United Kingdom, and not only, has known some form of insecurity, whether it was Doodlebugs (V1) or the V2 rocket during the second world war, whether it was IRA bombings in the 1970s-1990s and since 2005, so-called Islamist terror attacks. What makes Islamist terrorism different, and what makes it a greater threat and a more difficult situation to manage, is the fact that there is not one State, or even one region or people, behind the phenomenon. It is the epitome of the non-Clauzwitzian conflict.

When a conflict has a national or regional base, for instance ETA (Basque Country), IRA (Republic of Ireland), or regions of countries such as the DR Congo, Mozambique, Angola, in the first instance there is an interlocutor for dialog in which the players can arrive at conclusions and concessions and move forward to a peace and reconciliation phase; in the second, there is an interlocutor to swap war for a seat at the table in government, or at least in regional administrative mechanisms.

With Islamist terrorism, today, there is no interlocutor. For a start, what started off as Al-Qaeda has now morphed into Islamic State as regards the perpetrators of terror and secondly, the perpetrators are lone wolves acting separately in uncoordinated attacks. The Abedi (Libya) attack in Manchester had no links to the recent attacks in London except for a vague idealistic IS-inspired sense of fantasy-based brainwashed lunacy.

So we are speaking about the realm of psychiatry here, and we have no interlocutors to speak with. The way forward?

First let us draw a time line to see where, when and how this all started. Some draw it at the invasion of Afghanistan in 2001 after 9/11. But this was a symptom, not a cause. Islamist fundamentalism was created by the west to use against the Soviet Union. The Madrassah in Pakistan were used as brainwashing centers to release thousand of Wahhabist fanatics into Afghanistan to attack the socially progressive government, which was providing education, healthcare and human rights. The aim was basically to launch an Islamist fundamentalist movement into the country to force the Soviet Union to intervene and in turn to make sure the movement did not spead to the Central Asian Republics and also, from the western part, to launch a Sunni insurgency which could later be used against the predominantly Shia Iran.

Meddling with things they did not understand, the West unleashed a monster. However, it did not stop in Afghanistan. Launching an illegal attack against Iraq, using military hardware to strafe civilian structures with a wonton disregard for human life, then roasting the Gaddafy grandchildren alive in Libya, declaring them a "legitimate military target", siding with terrorist groups in Libya and in Syria, blasting the faces off men, women and children alike, imposing democracy from 35,000 feet, all of these were stations along the same railway line; as I predicted in 2001 when western aircraft were strafing Afghan wedding parties because they were firing Kalashnikovs (in these countries you receive one for your thirteenth birthday) this was going to have a boomerang effect because by destabilizing societies, you create economic imbalances and in so doing create joblessness and then marginalization, all of these being ingredients for radicalization.

So now that we have drawn the time line and seen where this came from, unable to turn back the clock, what to do? Let us admit that a terrorist incident is a marketing campaign, the most brilliant in terms of publicity being 9/11. Islamic State has succeeded in its aim of creating "us" and "them" forging a cause for people to fight for and forging an ideal where none existed. So giving television space at prime time to such incidents is playing into the hands of the terrorists.

Let us not call them Moslems because they are not, let us not call them Islamists or Jihadis, let us call them murderers, let us not show TV images or videos of people running screaming along the streets. Let us favor development of resources over deployment of troops, let us disengage from terrorist groups in conflict zones, let us concentrate on peace and reconciliation, let us use a community-based approach, let the message come from the leaders of the Mosques and religious communities, let the focus be integration and not marginalization. Let us get real about the Gulf States and the lines that feed IS and let us not do deals on one side and pretend there are no links on the other. All of those currently in power in western countries are guilty of creating this situation.

Let us choose to work together as an international community instead of standing divided, instead of deriding the one country with tremendous anti-terrorist resources, Russia, instead of imposing sanctions. If we all face the same foe, allowing this foe to divide us is working for the other side and in this, the ball stops at the feet of Washington and its Poodles in Chief in Europe.

Finally, let us also recognize one thing. While in the UK they will remember July 2005, the Glasgow airport incident (2007), Exeter (2008) when a fanatic injured himself in a toilet, May 2013 (Lee Rigby, a soldier who was hacked to death), the Leytonstone Tube Station attack in December 2015, and this year March 22 (Westminster), May 22 (Manchester) and June 3 in London, and while other Europeans will remember, in 2017, Istanbul, Sweden (Gothenburg and Stockholm), Paris (thrice), Saint Petersburg, there have been between 150 and 200 terrorist attacks worldwide every single month of this year, occasioning hundreds of deaths, in some cases, in a single attack.

In all of the flash points, and without exception, we see the fingers of the West and always the same players. Time for a change of attitude because this war is already lost, using these tactics. Ask the victims of London, and Manchester, and Paris, and Saint Petersburg, and Stockholm, and Gothenburg, and Aleppo, and Damascus, and Baghdad, and Tripoli, and Kabul... and remember the dozens of attacks that have been foiled to date, because they were too sophisticated. Now that the weapons are kitchen knives and vehicles, get ready for much more of the same, any time, any place, anywhere.