Kiev Roulette: Another corpse in Kiev

Another day - another corpse can be found on the streets of the center of Kiev!  This time it was the Russian defector and former member of the Communist party, Denis Voronenkov, while his wife - a beautiful talented opera singer, Maria Maksakova, herself a former member of the Russian Federation - was late to accompany him on his trip. She followed her runaway husband like a devoted Decembrist's wife. Only her husband, Denis, was a well-known racketeer and crook.  Due his membership in the parliament he had immunity, while his partners in crime were sentenced to prison terms. His aborted reelection did not work in his favor, so he knew his days were numbered, and he would soon join his friends in jail. Before his immunity expired, he moved to Kiev, seeking a safe harbor from imprisonment. 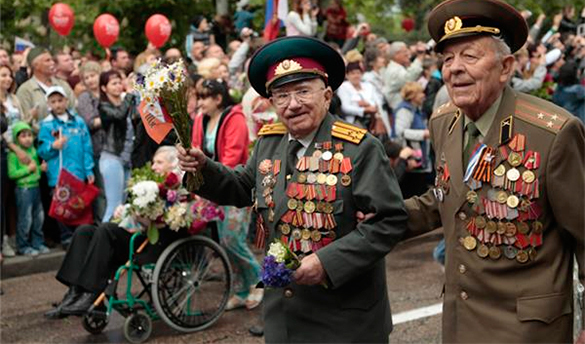 He appeared on the numerous Ukrainian talk shows where he blasted Russia and went so far as to become a witness against Yanukovich, the unlawfully overthrown President of Ukraine in 2014. One small detail: he had never met Yanukovich and didn't have the ability to say a word about him without using his imagination.

Eventually, he realized that he might be in danger.  He was a lousy witness and of no use to Kiev's agenda. They never forgot that he had voted for Crimea to revert to Russia, as did his wife, Maksakova. Anyone who supported the referendum in Crimea was automatically posted on Kiev's black list.

For the very same reason, Ukrainian officials refused entrance to a Russian singer, Julia Samoilova, and did not allow her to participate in the Eurovision musical festival, despite the fact that she is bound to a wheelchair, and only because she once performed in Crimea

Suddenly, a day before his murder he called one of his nemeses and a victim, a man who lost his entire business to him, as a part of his racketeering, telling him he was willing to return to Russia and get his property back in exchange for a soft punishment.  He asked for help to return to Russia.

Did he feel the danger that prompted him to contact one of his foes to negotiate a deal? Next morning he was dead!

His bodyguard did nothing to protect him. Perhaps he was a part of the plot.  Voronenkov was shot dead in broad daylight in front of many passersby in the center of Kiev.

I strongly suggest that his widow, Maria Maksakova find safety in the Russian Embassy in Kiev. Return home, Maria, before you become another sacrificial lamb in the name of Putin, who always respected your enormous vocal talent.

Months have past, and Denis Voronenkov 's name is no longer remembered in the press. This is a sad case of betrayal. I hope the Russian liberals will learn their lesson.

Once, Andrei Makarevich - the infamous Russian singer, turned 5th columnist - gave a concert in Ukraine, wearing their national garb, when he was hit over the head with his own guitar by a drunken Right Sector wearing  Nazi emblems.  Makarevich just smiled and swallowed the insult. Imagine if it had happened in Russia. The West and Washington would invoke human rights in order to scold Russia for terrorizing artists and Putin opponents. Fortunately, things like that never happen in the Russian Federation. Makarevich still ventures to Ukraine to spread hatred towards Putin regardless of a humiliating assault with his own guitar and the bump on his head.

Let's hope your next trip to Ukraine will be not as tragic as Denis Voronenkov's, Andrei.

No mater if you wave their flag and wear their costumes, they don't want Russians in their territory. Period.  They will use you for propaganda only, then exterminate you as they would a cockroach.

Remember, they don't like Russians, especially traitors. Will the lesson be taken into consideration?