Preparing for their upcoming run-off ballot, French presidential candidates have traded places. Albeit for one candidate, you could make the argument that his was an unwitting even unwelcome departure from his home turf. While Marine Le Pen tries to court, voters in the Republik's capitol Paris, her opponent the smarmy liberal former investment banker turned (actually turncoat) politician Emmanuel (God is with us. Really?) Macron visited the hinterland. Somehow, the Establishment's blue-blooded agent was able to give up the comforts and safety of The Citadel for a brief foray in the 'real' France. He even dared venture amongst the country's rural farm communities. 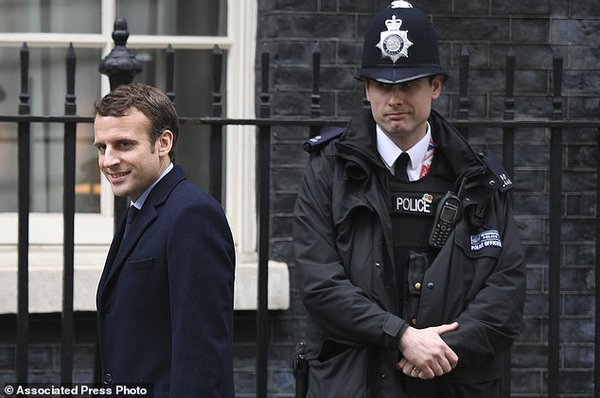 Some needed context follows. For those of you not familiar with the Fifth Republik's election cycle, or circus, France usually abandons the hard fought rights of its citizens, including their right to vote democratically. Rather, the intelligentsia prefers to take matters into its own hands. At the last minute, the outgoing President either through moral suasion or by subtle media propaganda gets to pick the incoming successor. In other words, France does not like to rock the boat so to speak. Neither does the ruling class like to bite the hand that feeds it. In every case, the country's one percent elitists have the final say. On governance, theirs is the last word.

Well that was the trend for the past 60 years. This time though, the French people have been stricken with a new dynamic. They often receive the cold shoulder treatment from the well-heeled Parisian bureaucrats and political class. Many of them, especially in the rural regions have been literally left out in the cold. Farmers struggle to survive everywhere. Suicide is common amongst the country's breadbasket producers. Taking one's own life often happens in the wake of a farm foreclosure. Let us be honest. Losing one's homestead is not the easiest life blow to deal with anywhere on the globe. Although in France the stigma of losing your homestead stings deeper. For centuries, the French have always prided themselves in their culinary delights. By extension, this meant that the 'farmer' was somewhat revered for the fruits of his labors.

Maybe that is why Macron, not out of compunction but from political necessity ventured farther afield in the Republik than he normally would given his duties and allegiances to the powers-that-be in the City of Lights. Yes, The Louvre still holds great sway over anyone of his privileged status. Not today though. Duty called. A primary stop on his itinerary was a small village. In Usseau, local farmer and Macron supporter, Moron had something to say. "We have wines. We have cheeses. We had the advantage for a long time. But we are no longer moving forward."

Such an audacious statement left Macron tongue-tied. Perhaps, he awaited a dining invitation. Politicians always seek a free meal. More likely, Macron had nothing cogent to counter the harsh realities in rural France. More important, he had to keep his photo-op entourage moving in the right direction. They would do lunch in The Citadel. All these lamentations made Macron long for the comforts of home. Moron was left standing alone....

If Macron thought he had seen it all and done enough to persuade his rural countrymen to vote his way in a week's time, then he is delusional. No way did he appear to gain the confidence let alone identify with the sad plight of the French farmer. Le Pen should jump on this failure. She should, as she has done in her campaign so far, is invoke more of the U.S. President's tack. She should call Macron out in true Donald fashion. "Look at him. Yeah, look at him. Does that face look like anything other than wantonness? He wants to be President? Give me a break!"

The French people deserve better than this 'centrist' clown. They should not listen to their MSM. Theirs is not a difficult choice at all. Marine Le Pen understands that France is at a crossroad. Open borders, and unfettered immigration from refugees, many of which hold radical Islamic terrorist ideals are the French people's clear and present danger. Their media and outgoing disgraced leader Hollande continue to harangue the National Front as France's scapegoat.

A vote for Macron means more of the same. Like Hollande, Macron leads from behind. He is perfectly comfortable with being America's and NATO's newest but dumbest vassal stooge. Why worry about the citizens' safety and security when all you dream of is going a whoring. As President, you can even do so with the EU Palace's approval. Citizen Moron should reconsider supporting his namesake centrist candidate. So should the rest of the electorate. If they do not, all of France is toast.