Interview: North Korea teaches that 'a small, blocked country may resist' US domination

A Brazilian who has recently been in Pyongyang points out that the DPRK poses no threat to the world, only fighting for its sovereignty in the face of the American "urges for domination" 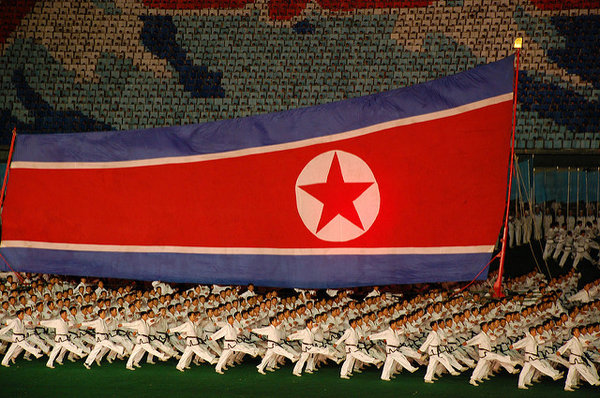 In recent weeks tensions on the Korean peninsula have reached a frightening level, where analysts and news reports havepredicted nuclear war at any moment.

Meanwhile, after the military parade on April 15, as part of the celebrations for the 105th anniversary of the birth of Kim Il Sung, the founder of the country, North Korea tested new intercontinental missiles, even under threat of a US attack. The test, instead of leading to American intervention, has prompted President Donald Trump to withdraw from his warmonger speech against Pyongyang.

North Koreans, however, remain on the alert in the same way they have been for more than 60 years, since the US has been keeping troops stationed in South Korea and Japan since the end of World War II.

Gabriel Gonçalves Martinez was on April 15 in Pyongyang, capital of the Democratic People's Republic of Korea (DPRK), North Korea. He was invited by the North Korean government, representing the Communist Reconstruction Union (URC) and the Center for Juche Idea Studies - Brazil.

What did you think of the commemorations of the 105th anniversary of Kim Il Sung's birth on April 15?

The celebrations were impressive. On the 15th we had the opportunity to watch the military parade held in Pyongyang. At the time, we were able to see with our own eyes the power of the Korean People's Army. After the military parade, in the streets it was possible to see the people in a festive mood. In all corners of the city there were cultural and artistic groups performing presentations, young pioneers singing. In short, a situation totally different from what was being presented by the media in the West.

What is the mood between the authorities and the North Korean people in the midst of this renewed escalation of tension with the United States?

The North Koreans harbor no illusions about US imperialism. They know that much of Trump's aggressive rhetoric is also linked to his attempt to gain some legitimacy among the sectors that really govern the United States, namely the industrial-military complex. Anyway, the official policy of the DPRK is to develop what they call "prosperous socialist power" and the possession of nuclear weapons is not something that is open for negotiation. The possession of nuclear weapons by the DPRK is already a fact, whether or not the United States likes it.

Do North Koreans hate the US and are they really aggressive and dangerous, as the media say?

North Koreans hate American imperialism. They had a traumatizing experience during the 50's that was the Korean War. They suffered in their own skin the destruction promoted by the United States, so they have every reason in the world to be angry with the United States. Now, this does not mean that this hatred of US imperialism translates into an automatic hatred of the American people. The media in the capitalist countries demonize the DPRK, but it is clear that the country poses no threat to the world. They pose a threat to the imperialists and their longing for domination, for they teach that even a small, blocked country can resist.

From what you saw in the military parade, has the DPRK the ability to face the US should there be a war? It seems that Donald Trump has stepped back and toned down the threats ...

Yes, they have full capacity to face the US. The United States needs to take into consideration that the DPRK is not Libya or Iraq. It is a country that has nuclear arsenal and a powerful army. A war with the DPRK would not be so simple.

What is the importance of Kim Il Sung, the 105th anniversary celebration, for North Korean history?

Kim Il Sung was the main figure in the Korean people's liberation struggle against Japanese imperialism and the main organizer of the communist movement in Korea. As a young man he founded several important communist organizations, such as the Union to Defeat Imperialism, the Communist Youth Union, the Anti-Imperialist Youth Union; In the aftermath of the anti-Japanese war, he founded the Communist Party of North Korea, which later gave rise to the Korean Labor Party. He was also the main founder of the Korean People's Army, which is the Army of the Labor Party. Kim Il Sung was at the forefront of the socialist construction process in the DPRK until the end of his life in 1994.

To finish. This was not the first time you were in the DPRK. What did you see in your visits to the country? Did you see differences from what is broadcast by the media? Has anything changed since your previous visit?

This was my fourth time in the DPRK.

The first was in 2011 to attend the celebrations of the 99th anniversary of President Kim Il Sung. The reality of the country is totally different from what is shown by the mainstream media. Contrary to what many may think, the DPRK is not a bankrupt country, miserable, about to collapse. Pyongyang, for example, can easily be considered one of the most beautiful cities in Asia, full of parks, museums, monuments, etc. Since when I first visited the country, one can see in Pyongyang a rapid economic development. In recent years the government is inaugurating various infrastructure works, new buildings with popular housing, avenues. Recently Mirae Avenue was built, which is a street with huge buildings, where the apartments are dedicated to the scientists who made outstanding contributions to the socialist construction process in Korea. In this residential avenue you can find several restaurants, shops, popular markets, cinema, bars, etc. A few days ago Ryomyong Avenue opened, also with gigantic buildings and modern apartments. Also on Ryomyong Avenue you can find all the infrastructure we see on Mirae Avenue, with the difference that this new avenue is even more modern. In Pyongyang, in all corners of the city, it is possible to see new works being built, buildings being renovated. This demonstrates a certain economic development.